A 23-year-old woman is facing charges after she allegedly chased a man down the street in an SUV and struck him, pinning him between the SUV and the house she crashed into.

EDGEWATER, Fla. - A 23-year-old woman is facing charges after she allegedly chased a man down the street in an SUV and struck him, pinning him between the SUV and the house she crashed into.

Lanysha Mincey was arrested and booked into jail under suspicion of attempted first-degree murder and aggravated battery, according to the charging affidavit. She initially declined to talk with deputies about what happened, but later told them that she and her boyfriend got into a fight over infidelity issues, according to the report.

She claimed the fight became physical and said the man grabbed her throat, the report said. 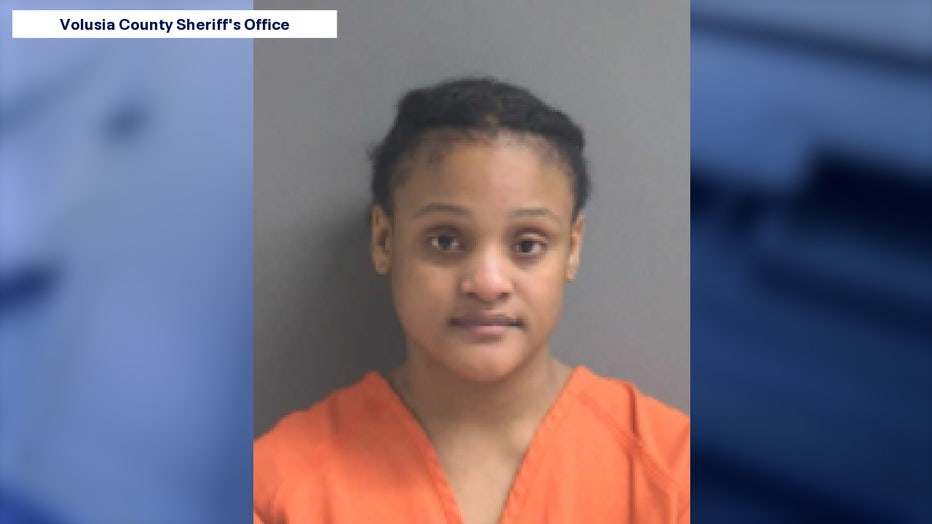 At some point, according to the report, Mincey got into the SUV, quickly reversed the vehicle out of the driveway, and proceeded to drive towards the man, who was running away. Two witnesses told deputies that they observed a woman accelerate out of the driveway and that she drove after a man who was running, before he unsuccessfully tried to get into the house, and ultimately crashed into it.

When deputies arrived, they found the man's leg pinned between one of the SUV's tired and a piece of wood from the house. Paramedics were able to help the man and transported him to a nearby hospital, according to the report. He declined to talk with deputies about what happened.

The woman's two children were reportedly in the back of the SUV at the time. Both were unharmed and later released to their grandparents, the report said.

Mincey told deputies in an interview that she "wished to scare (the boyfriend)…and it was not her intention to him (him)," according to the report. Deputies noted, however, that the boyfriend was partially pinned underneath the vehicle, that half the vehicle was inside the house, and there did not appear to be any signs of braking.