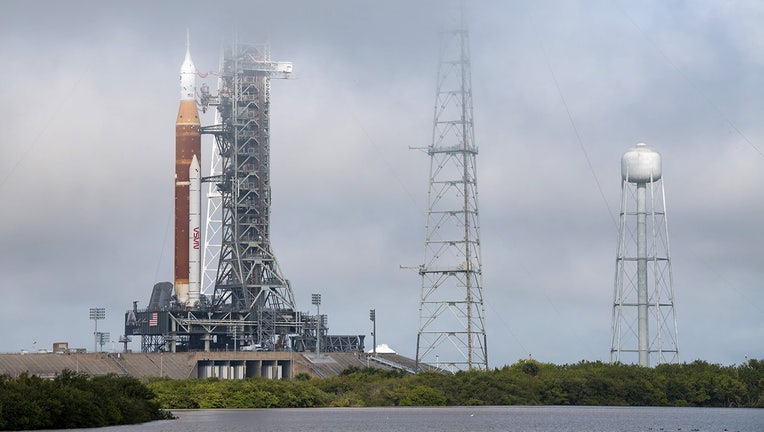 NASA’s Space Launch System (SLS) rocket with the Orion spacecraft aboard is seen atop a mobile launcher at Launch Complex 39B, Friday, March 18, 2022, after being rolled out to the launch pad for the first time at NASA’s Kennedy Space Center in Flori

CAPE CANAVERAL, Fla. - Before any performance, whether a school play or a Broadway production, there is a dress rehearsal – usually many rehearsals – before opening night. The same goes for NASA's new moon rocket preparing to launch on its maiden space voyage during the Artemis I mission.

Last week, the Space Launch System and Orion spacecraft made the first journey to Launch Complex 39B at NASA's Kennedy Space Center in Florida. The four-mile trek took more than 10 hours to move the 28 million pound launch vehicle and the mobile launcher to the pad.

Now that Artemis I is at the launchpad, teams are preparing to conduct what is known as a "wet dress rehearsal" or WDR. According to NASA, this is the final test of the SLS, Orion spacecraft and Exploration Ground Systems before the Artemis I launch.

Jeremy Parsons is the deputy manager of Exploration Ground Systems at KSC.

"It's a really long way of saying we're responsible for putting the rocket together, launching it, and then our teams go out and recover it off the coast of San Diego," Parsons said of the Exploration Ground Systems.

The WDR includes loading more than 700,000 gallons of super-cold propellants, including liquid hydrogen and liquid oxygen, into the rocket’s tanks and later draining the tanks, which is good practice for any potential launch delays.

"We want to tank the vehicle with all these cryogenic fuels… that we're going to use for launch. And so we want to tank it all the way up. We want to make sure everything works," Parsons said. "So we get all that testing done, and we're flawless on the day of launch."

Meanwhile, during the countdown rehearsal, the team inside the Launch Control Center at KSC led by Artemis I Launch Director Charlie Blackwell-Thompson will work with the Mission Control Center at NASA’s Johnson Space Center, the Space Force Eastern Range and the SLS Engineering Support Center at Marshall Space Flight Center in Alabama.

The launch team will work as if they are launching the rocket and running through the countdown to T-minus 10 seconds, but the rocket will stay firmly on Earth. 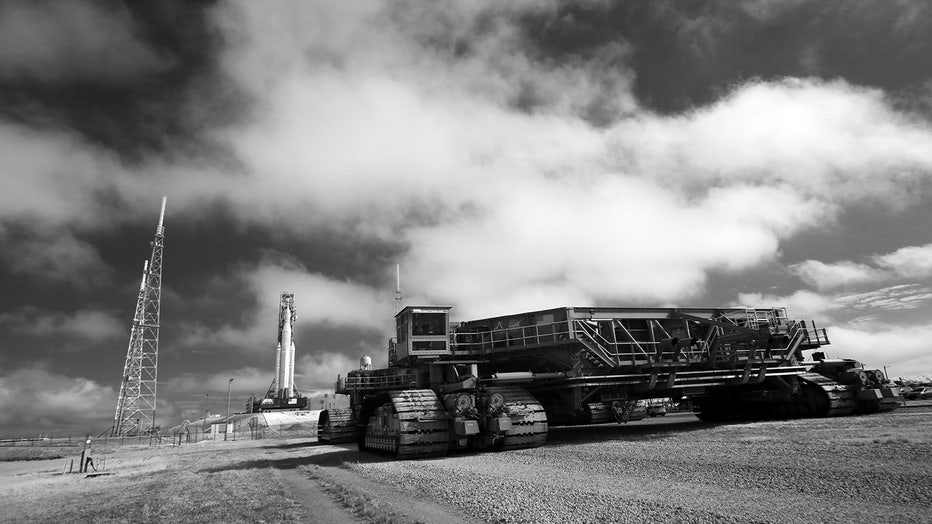 In this black and white infrared image, Crawler-Transporter 2 is seen outside the perimeter fence of Launch Complex 39B after the arrival of NASA’s Space Launch System (SLS) rocket with the Orion spacecraft aboard is seen atop a mobile launcher, Frid

Launch Control at Kennedy Space Center will also run through some planned holds in the countdown. Anyone who has listened to a launch live stream may be familiar with the term "hold" when the countdown is stopped for a planned, technical or weather hold and then resumes when the all-clear is given. During the wet dress, the launch team will practice for these events, too.

"We do intend to do some contingency [operations], so we'll go into terminal count, we'll recycle back to the T-minus 10 minute hold, and then we'll come through terminal count a second time," Blackwell-Thompson said ahead of the roll to pad.

A few days after the WDR, the Artemis I vehicle will be rolled back to the Vehicle Assembly Building, where it will wait until launch. NASA plans to review the data from the test before announcing an official launch date.

"We'll wait and see what comes out of what dress," Tom Whitmeyer, NASA associate administrator for exploration systems development, said last week. "We could learn something new. And there's always these chances they will spend a little more time on wet dress."

When it does happen, Artemis I will launch from Kennedy Space Center sending the Orion spacecraft to orbit the moon and then splashdown back on Earth.

At last check, the agency is targeting mid-June.