A teenager found a toddler wandering alone on a busy road in Deltona. The 13-year-old boy stayed with the child until help arrived. Now a Go Fund Me account has raised money for the teen whom neighbors call a hero.

DELTONA, Fla. - A young Deltona teen is being hailed a hero for rescuing a wandering toddler Sunday afternoon.

Angel Pagan, 13, tells FOX 35 News he was riding his bicycle home along Deltona Boulevard when he spotted a boy in a diaper walking near the road.

"A child walked up to me, and [he] was by [himself], and I looked around and I was looking for [his] mother," he said.

Pagan stayed with the boy until deputies arrived.

Several people pulled over and called 911.

"Is this the little guy," a deputy can be heard saying on bodycam as he arrived.

"Yes, this is the little guy. He was so close to the street," a woman can be heard saying. 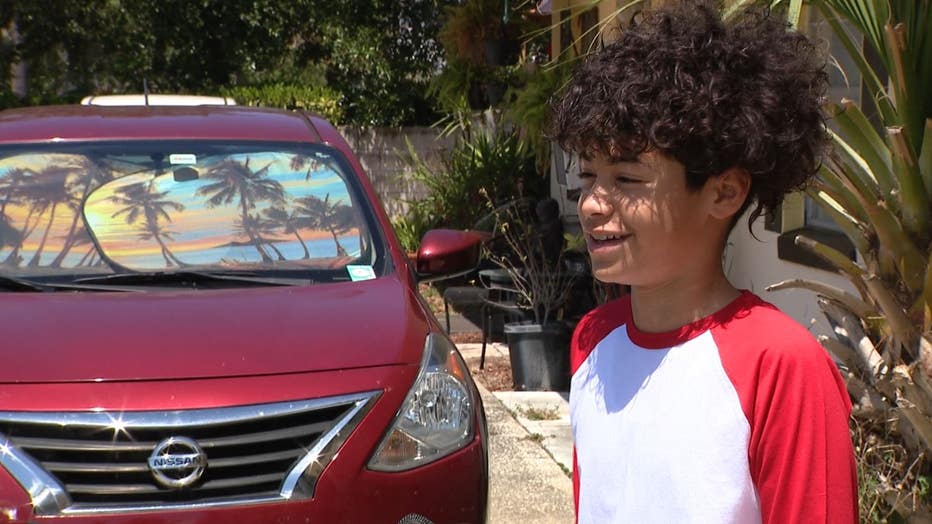 Deputies located the toddler's mom at a nearby home, who told them he got out while she was sleeping.

The Volusia County Sheriff's Office said no charges are pending against her.

Deputies at the scene reminded her to secure her doors.

In the meantime, they were impressed by the young Good Samaritan.

"How old's the kid that found him," a deputy can be heard asking?

"Really? Good for him," says the first deputy.

Angel was quickly named a hero as word about the incident spread on social media.

"It makes me feel good, actually, just to know everybody says that about me," he said.

Nobody is more proud than his grandpa, Agustin Martinez-Perez.

"I’m glad it was my grandson who helped him out and saved him," he said.

People decided a pat on the back wasn't enough.

A GoFundMe page raised nearly $500 for the teen.

"Hopefully, this will be a good memory for him all his life," Martinez-Perez said.