New Yorkers in northeastern parts of the state awoke to fresh snow on April 1, 2021 as a cold snap plunged temperatures and threatened several inches of accumulation. Credit - BBMadDog via Storyful

Each year jokers around the world get the day of April 1 to play tricks on unsuspecting victims, but as the flowers are blooming and air masses clash, Mother Nature never seems to take a day off to play pranks on the unsuspecting.

The Farmers' Almanac says April Fools’ Day is thought to have originated in Europe during the 1500s but has grown into a worldwide phenomenon.

Because the date coincides with the annual change of season from winter to spring, a range of weather events are possible on April 1.

From snowstorms to tornadoes and even earthquakes, April Fools’ Day has seen it all.

The first newspaper to include a daily weather section was The London Times, which debuted its revamped looked on April 1, 1875.

The daily weather map was a unique feature that wasn’t part of any other previous publication.

The National Weather Service said the first U.S. newspaper with a weather map didn’t debut until about a year later and did not become a regular feature until 1879.

Of course, nowadays, instead of getting your weather forecast only one time a day, you can get updates around the clock and track storms in 3D on the FOX Weather app.

One of the largest earthquakes to impact the United States happened on April 1, 1946.

The 8.6 magnitude earthquake was centered along the Alaskan coast, but the waves produced by the tremor did the most damage.

The United States Geological Survey reports the earthquake sent a tsunami around the Pacific, killing more than 100 people and causing millions of dollars in damage. 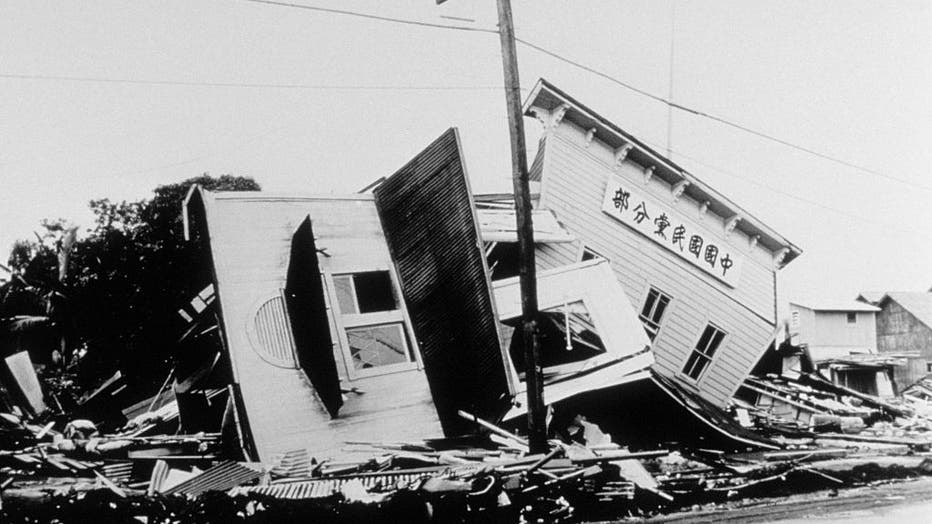 The wreckage of a political party clubhouse on Kamehameha Avenue, Hilo, Hawaii after the Tsunami generated by the 1946 Aleutian Islands earthquake of April 1, 1946. (Photo by U.S. Army Corps of Engineers/CORBIS/Corbis via Getty Images)

The Television InfraRed Observational Satellite, or TIROS 1, became the first object in space to beam back images for meteorologists on April 1, 1960.

The satellite monitored cloud cover and other weather dynamics, but NASA says TIROS 1 was only in operation for 78 days.

Despite the satellite’s short lifespan, scientists deemed the program a success, which paved the way for future missions. 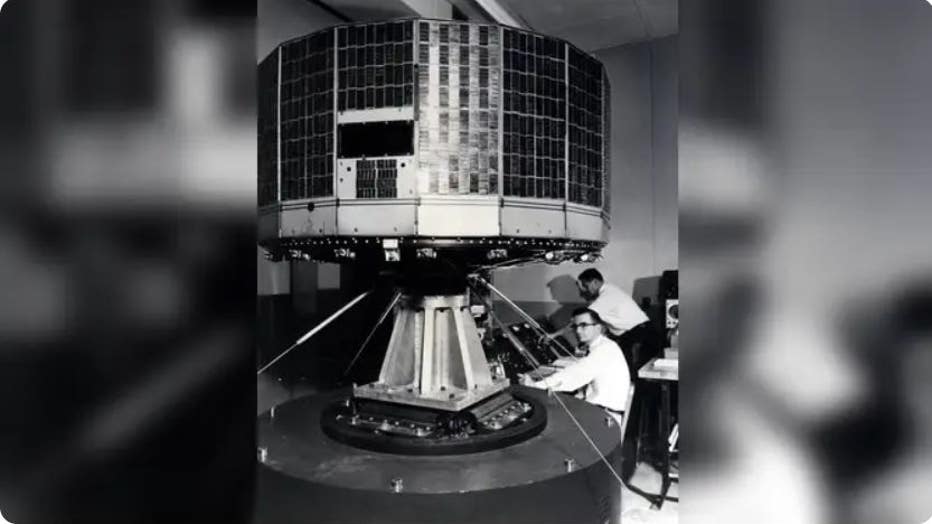 The TIROS Program was designed to determine if satellites could be useful to study weather. (NASA)

The tornado outbreak of April 1, 1974, was caused by a low-pressure system exiting the Plains which produced severe thunderstorms from the Gulf Coast into the Ohio Valley.

The Storm Prediction Center reports at least 23 tornadoes formed with three that were rated F-3 on the Fujita scale.

Despite the system being well forecasted, four people were killed, and dozens were injured during the outbreak.

Meteorologists credit this severe weather event for getting the eastern third of the nation ready for a much larger outbreak just a few days later. 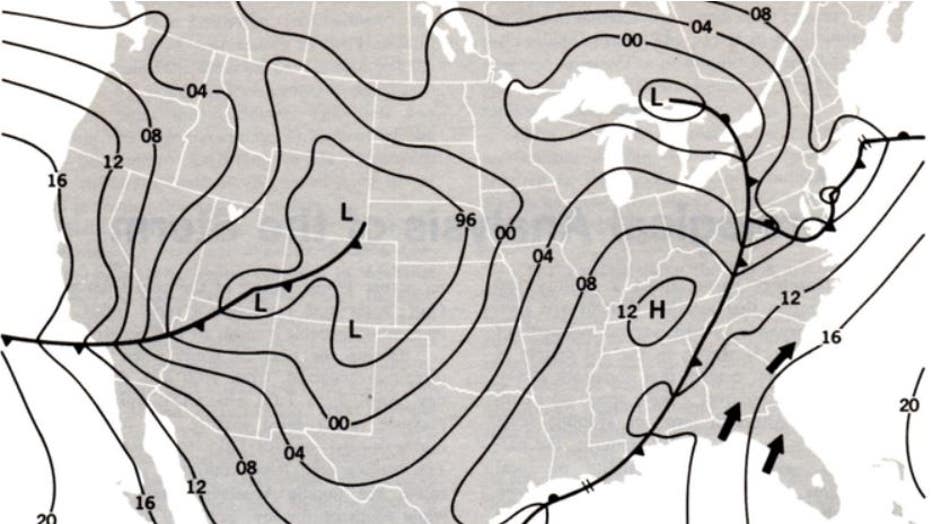 Before the blizzard on April 1, 1997, mild weather fooled some New Englanders into thinking that winter weather was over.

To their surprise, on April Fool’s Day morning, feet of snow covered the ground in parts of the region. 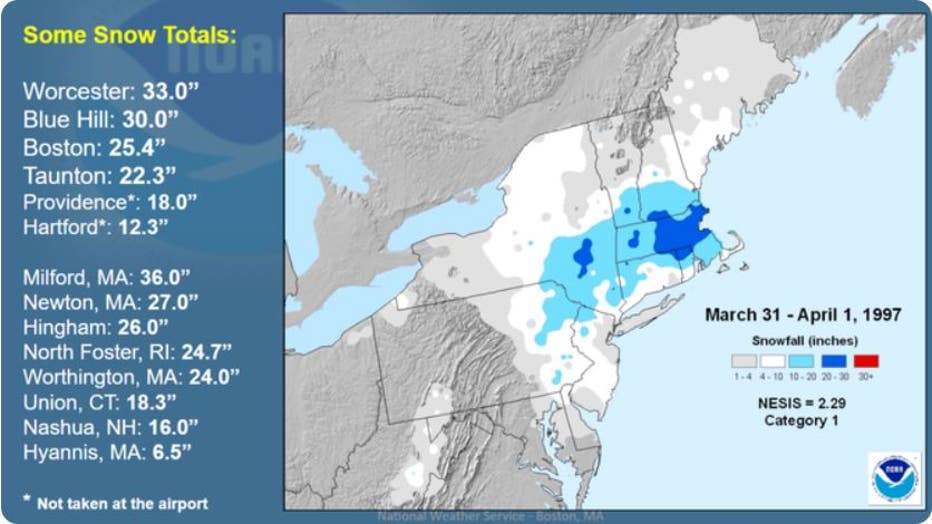 Snow was reported from West Virginia through Maine, with areas in and around Massachusetts receiving the heaviest snowfall.

Thousands of people were reported to be stranded in the springtime storm, and it took road crews several days to clear roadways. 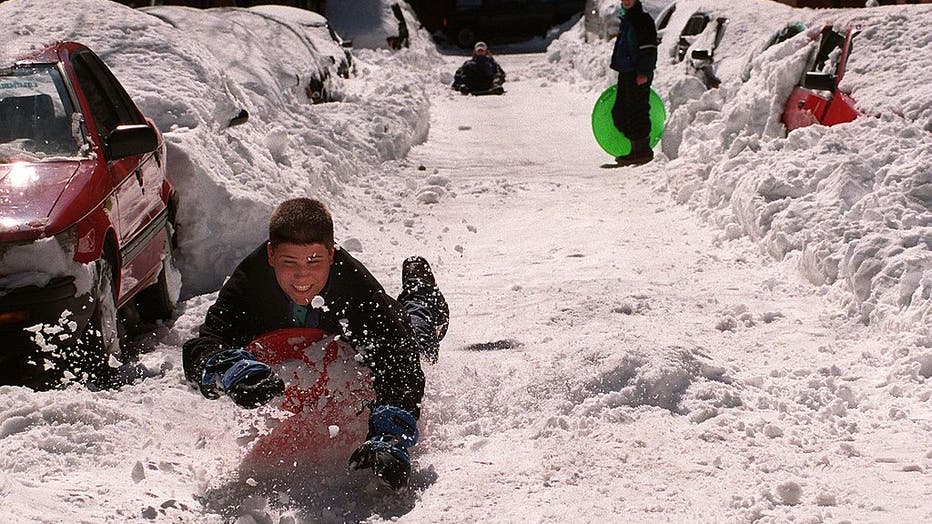 FILE IMAGE - A person sleds down Garden Street in the Beacon Hill neighborhood, free from automobiles after a blizzard on April 2, 1997, in Boston, Massachusetts. (Photo by David L. Ryan/The Boston Globe via Getty Images)

Around 120 miles southwest of Phoenix, the town of Tacna, Arizona, holds the record for having the warmest April Fool’s Day during the last decade.

Average highs this time of year only reach the mid-80s.

Climatologists say the lack of cloud cover, associated moisture and dry winds usually helps the desert rank as one of the warmest places in the nation. 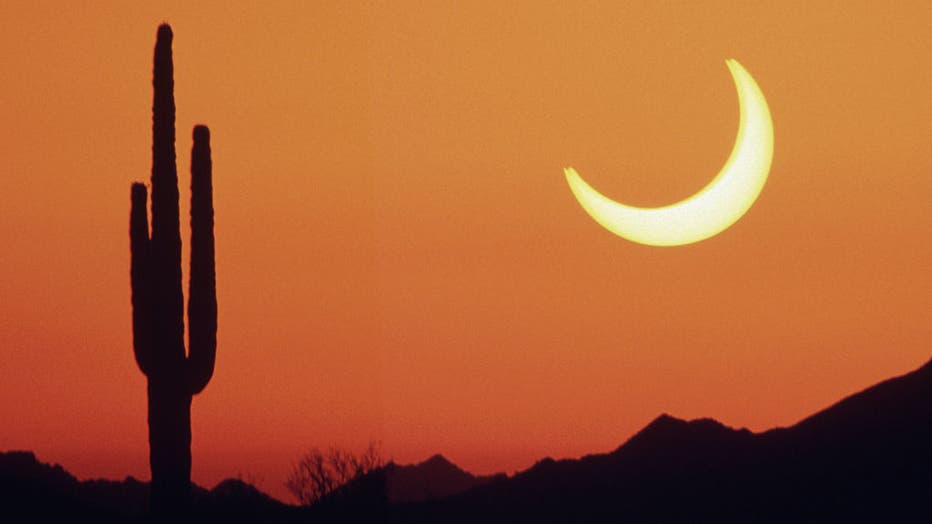 FILE IMAGE - A solar eclipse is pictured in the desert of southwest Arizona. (Photo by © Richard Cummins/CORBIS/Corbis via Getty Images)

The coldest temperature recorded on April Fools’ Day during the last decade in the U.S. happened in 2021 in Peter Sinks, Utah.

The mercury dropped to 14 degrees below zero at the mountain site.

Peter Sinks continuously sets records for being one of the coldest locations in the lower 48.

Experts say the area’s topography, high elevation and dry climate contribute to Old Man Winter sticking around longer than in other parts of the country. 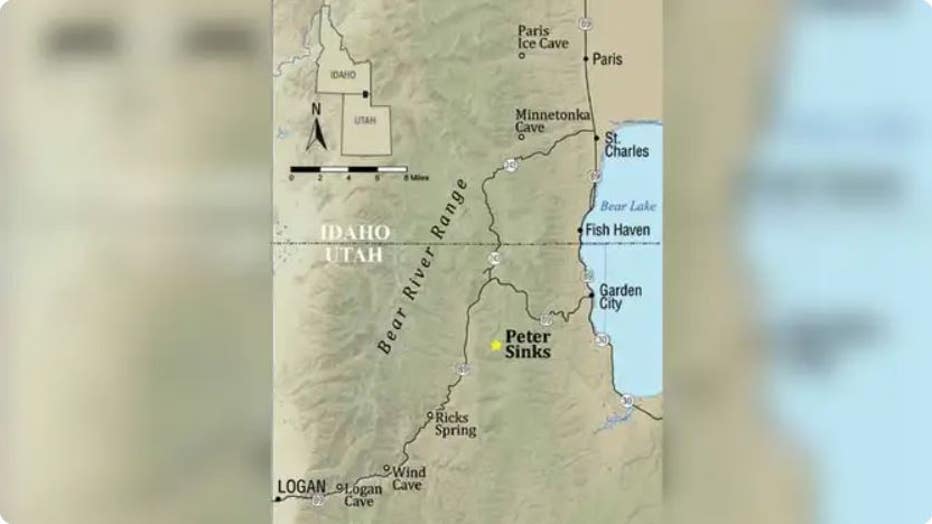 Peter Sinks, Utah is one of the coldest places in the lower 48. (Utah Geological Survey)