Police said the shooting happened at a Dutch Bros. Coffee shop in the northeast part of Albuquerque on August 19.

ALBUQUERQUE N.M. - Four officers were injured in a shooting while responding to a robbery in Albuquerque, New Mexico Thursday, according to local police.

Police said officers responded to a "very serious call" and shooting that happened at a Dutch Bros. Coffee shop in the northeast part of the city early Thursday morning.

One officer sustained a gunshot wound to the upper chest and was in critical condition. A second officer was shot in the arm and was in surgery.

One other officer was shot, but the bullet hit his vest. Albuquerque Police Chief Harold Medina said the vest saved his life. The fourth officer was injured by glass or shrapnel. 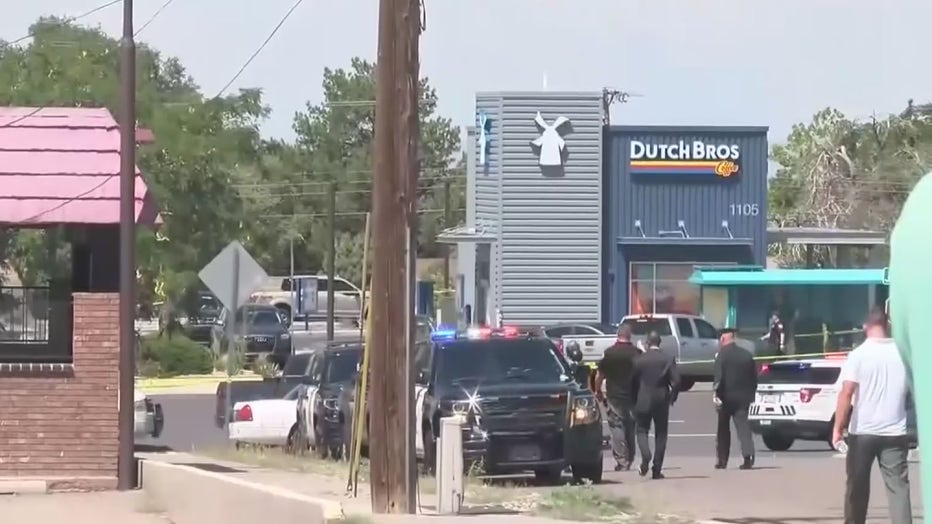 "Our biggest concern right now is the safety and the health of the officers," Medina said. "We ask the community to pray with us for our officers’ health so they all make it through this."

APD detectives said two suspects are currently in custody and they did not believe there were other outstanding suspects.

Police said the families of the wounded officers have been contacted. Authorities are asking the public to stay away from the area.

"To have four officers wounded in the line of duty is extraordinarily terrible," Albuquerque Mayor Tim Keller said. "These offices put their lives at risk on every single call, and their families never want to get the calls they’re getting today."