ORANGE, Calif. - Six people, including three firefighters, were injured during a 4-alarm house that erupted Friday afternoon in the city of Orange, officials said.

Three firefighters and two residents were shocked by live power lines during the firefight. A fourth firefighter was also transported to the hospital after suffering heat exhaustion. The two residents reported only minor injuries and were treated at the scene.

The fire was reported just before 12:45 p.m. in the 200 block of Earlham Street located near the intersection of South Esplanade Street and East Chapman Avenue, the Orange Fire Department said. 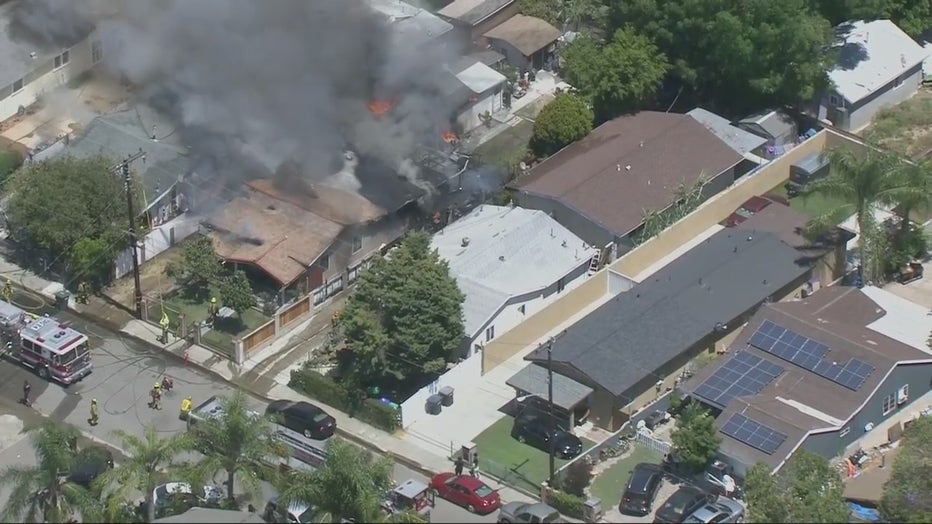 Fire officials said downed power lines resulted in a fire car and the flames spread to at least two homes in the area. 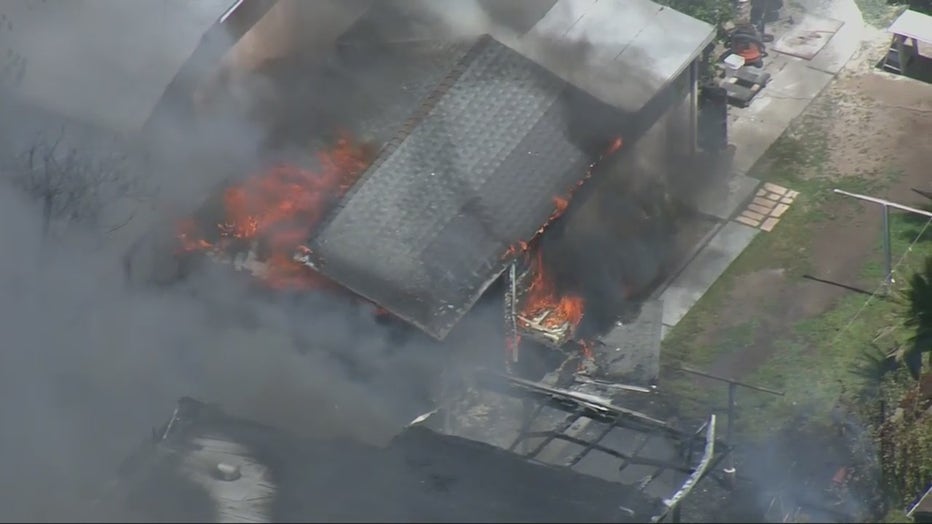 Both homes as well as a garage was destroyed in the blaze. In addition, one dog was killed in the fire, authorities said.

Between 16 and 20 residents were displaced after the fire and were being assisted by the American Red Cross.

Crews were up against 90-degree heat and low humidity but managed to knock down the blaze in 90 minutes.

The cause of the fire remains under investigation.