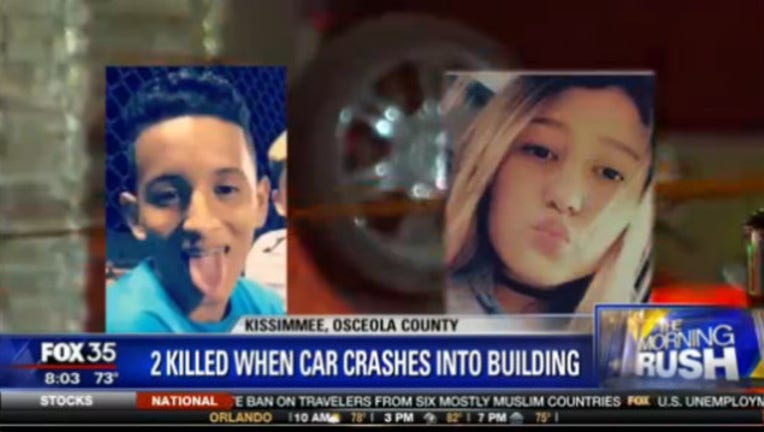 KISSIMMEE, Fla. (AP) - Two teenagers were killed and a third was critically injured when their car crashed into a strip mall.

Police say the teens had just left a soccer club when the driver lost control and hit the building. The business they hit was vacant, so no customers or pedestrians were injured.