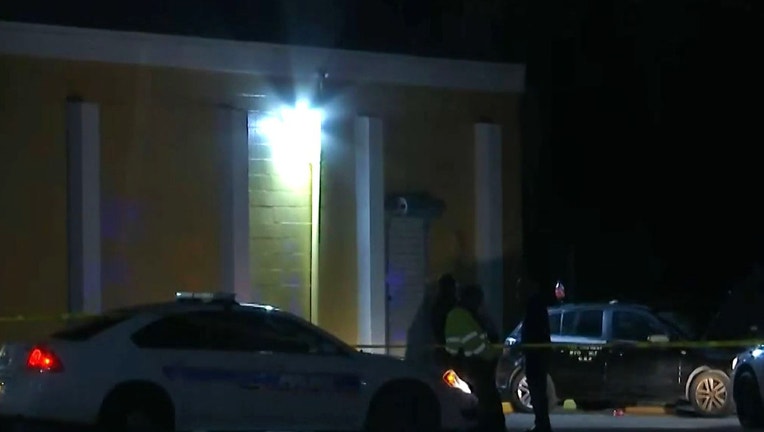 Investigators said Keylan Baker and Noble Geathers were wearing clown masks when they shot and killed a 29-year-old man near Orange Avenue and Reva Street in the early morning hours of Nov. 8, 2021.

The victim worked at a nearby restaurant cleaning dishes, according to associates. He was outside working on a car when police said the two men came up to him and killed him.  A witness told detectives said he saw the shooting happen outside his restaurant.

"Pulled the gun out, put it to his head, and shot him," said Kendrick "Kiki" Flowers who owns the restaurant where the victim worked.  Flowers told FOX 35 News the shooting followed an argument that had occurred earlier in the evening.

Baker, 24, and Geathers, 28, are each charged with first-degree murder. Baker faces an additional charge of possession of a firearm by a convicted felon.