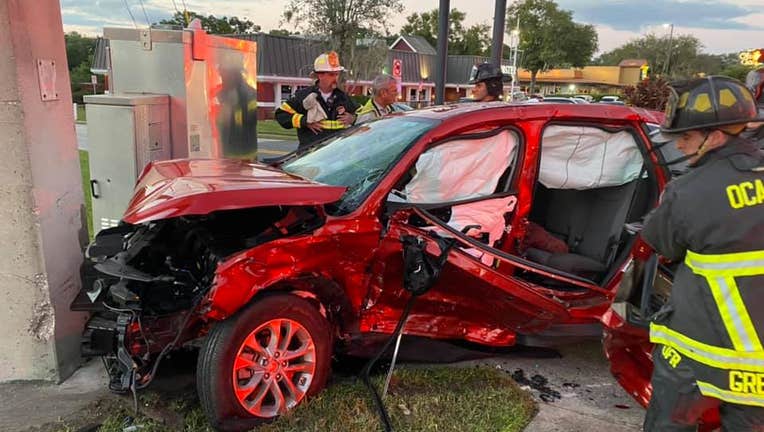 OCALA, Fla. - One person has died after a crash involving three vehicles on Tuesday, police said. Four others were taken to the hospital.

According to police, a red Hyundai SUV exited a Red Lobster parking lot and tried to turn eastbound onto State Road 200, when it pulled into the path of two vehicles heading westbound. 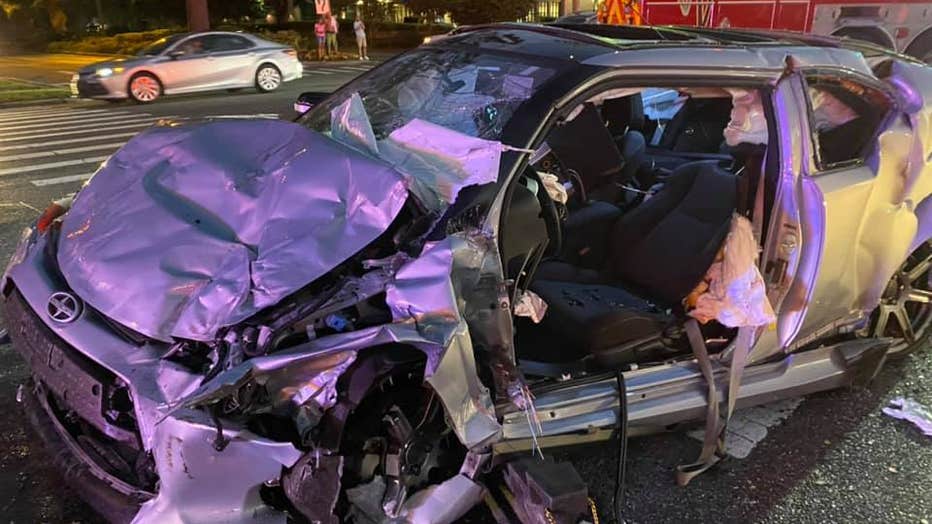 A silver Scion t-boned the SUV, which police say caused the Scion to rotate counter-clockwise and move into the path of a gray Honda. The Honda then appears to have hit the rear of the Scion.

Munir Shrouf, 56, reportedly died in the hospital at 9:01 p.m. from his injuries. His family was notified.  The Ocala StarBanner reports that Shrouf was the driver of the red Hyundai SUV and was traveling with his wife and their adult daughter. 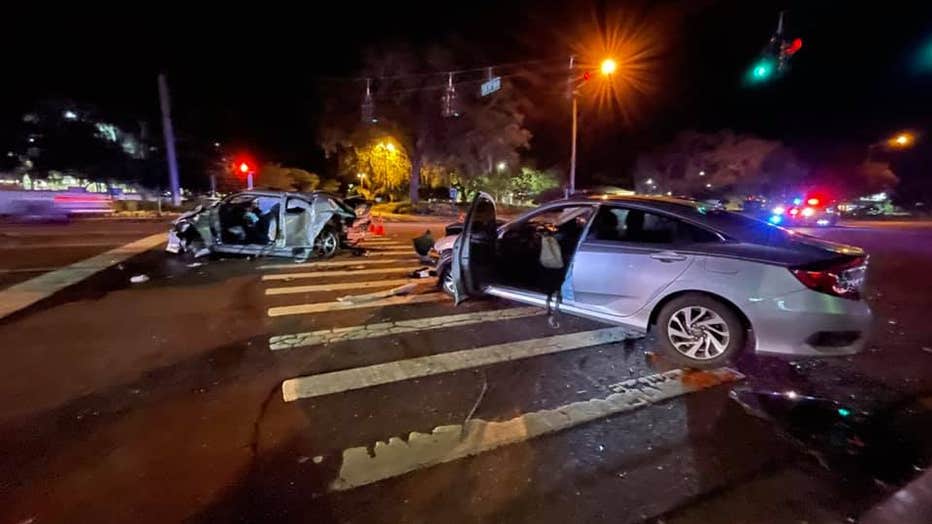