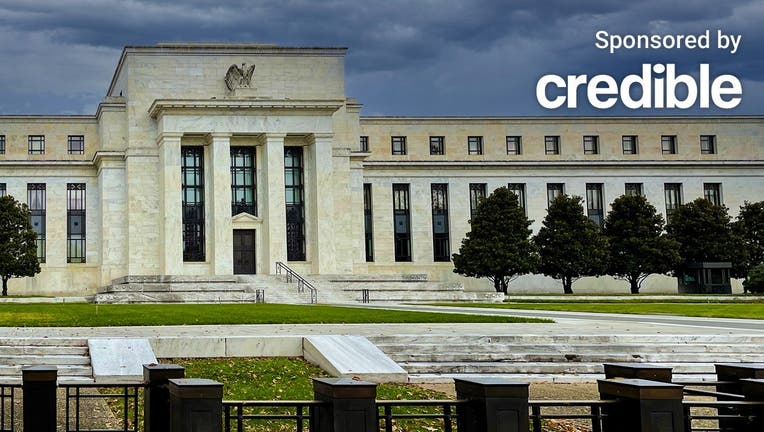 The minutes from the latest Federal Reserve meeting showed that interest rates may move higher in the coming months. (iStock)

The Federal Reserve released the minutes from its most recent July meeting, which showed that it will likely need to continue raising rates as inflation remains high.

"In light of elevated inflation and the upside risks to the outlook for inflation, participants remarked that moving to a restrictive stance of the policy rate in the near term would also be appropriate from a risk-management perspective because it would better position the committee to raise the policy rate further, to appropriately restrictive levels, if inflation were to run higher than expected," the minutes from the Federal Open Market Committee (FOMC) meeting stated.

The record showed that Fed members reiterated this narrative multiple times in the meeting, saying that the Federal Reserve’s monetary policy should be "restrictive."

"Participants noted that expectations of inflation were an important influence on the behavior of actual inflation and stressed that moving to an appropriately restrictive stance of policy was essential for avoiding an unanchoring of inflation expectations," the FOMC minutes stated.

The Consumer Price Index (CPI), a measure of inflation, increased by 8.5% annually in July, according to the Bureau of Labor Statistics (BLS). This was down slightly from the 9.1% increase in June but remains near its 40-year high.

If you are struggling with rising inflation, you could consider taking out a personal loan to help you pay down debt at a lower interest rate, reducing your monthly payments. Visit Credible to find your personalized interest rate without affecting your credit score.

Although annual inflation fell in July, the cause behind it is not completely clear. While this could indicate that the Fed’s actions are starting to cool inflation, it could also be based on lower energy costs, experts said.

"While the latest CPI report was encouraging and possibly showing a peak, inflation is being driven by energy volatility, making us skeptical the current numbers represent a trend," Mace McCain, Frost Investment Advisors' managing director and chief investment officer, said in a statement. "Given the Fed’s comments that they are data dependent, they are hoping for additional clarity on inflation and employment before their next rate hike decision."

Other experts agreed that energy volatility is influencing inflation and that the Federal Reserve will likely continue on its current course with raising interest rates.

"While we saw CPI drop to 8.5% last week, down from 9.1%, the US consumer is still showing financial strength at historical levels as well as historically low unemployment levels," Rusty Vanneman, Orion Advisor Solutions' chief investment strategist, said in a statement.

"While these areas of strength are positive for the US economy at face value, this looks more negative through the lens of easing inflation," Vanneman said. "The FOMC noted that headlines such as falling gasoline prices may lower inflation rates in the short term, there is very little evidence that inflation pressures are broadly easing."

If you want to take advantage of interest rates before they rise higher, you could consider refinancing your private student loans to lower your interest rate and monthly payment. Visit Credible to compare multiple student loan lenders at once and choose the one with the best interest rate for you.

The FOMC raised rates at its July meeting by 75 basis points in an effort to combat rising inflation. This brought the target range for the federal funds rate to 2.25% to 2.5% and marked the fourth time in 2022 that the Fed raised rates.

Although inflation was slightly lower in July, many economists expect the Fed to continue raising rates in the coming months. But it's unclear if it'll be by 50 or 75 basis points.

"These comments are much more hawkish than dovish, once again, and a 50 to 75 basis point increase in the federal funds rate should be expected at the next Fed meeting, while these increases will only begin to slow ‘at some point' in the future,’" Vanneman said.

If you want to take advantage of interest rates before the central bank imposes another rate hike, you could consider refinancing your mortgage to lower your monthly payments. To see if this is the right option for you, contact Credible to speak to a home loan expert and get all of your questions answered.