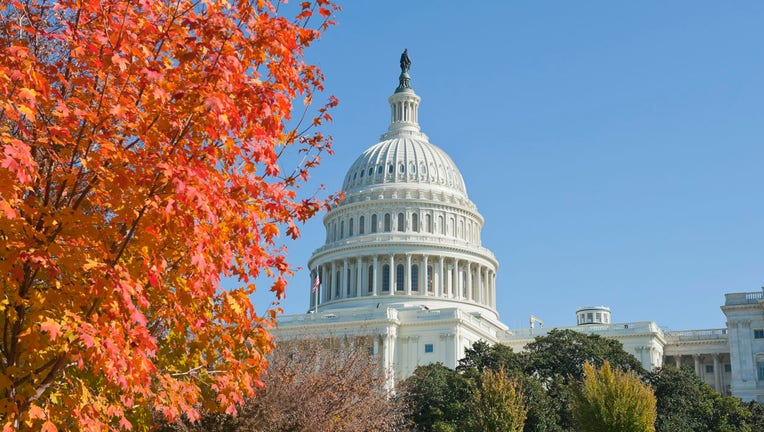 Progressive Democrats are urging the Department of Education to release a memo about the president's authority to enact a widespread federal student loan discharge. (iStock)

A group of progressive lawmakers, including Reps. Ilhan Omar (D-Minn.) and Alexandria Ocasio-Cortez (D-N.Y.), are pushing the Biden administration to release a memo from the Department of Education outlining the president’s legal authority to cancel student loan debt.

The Biden administration in April said it asked Education Secretary Miguel Cardona for the memo. White House Chief of Staff Ron Klain at the time said it would be released in a matter of weeks, but six months have passed since then, according to the letter progressive lawmakers sent late last week.

Now, they're urging for its release by Oct. 22 to "determine the extent of the administration's authority to broadly cancel student debt through administrative action."

The letter also urges President Joe Biden to cancel student debt with the "flick of your pen," in what's become a common statement among progressives who assert that the president has the authority to forgive federal student loans.

"Decades ago, Congress voted to authorize the executive branch to cancel federal student loans," the letter said. "This authority is already being put to use, as it is currently being used to cancel the interest owed on all federally-held student loans. Now it is time for you to honor your campaign pledge and use this authority to cancel all student debt."

The letter cites legal scholars from Harvard Law and 80 members of Congress who confirm that the president can cancel student debt through the Higher Education Act. But not all lawmakers agree on the president's authority to forgive student loans. And it's still unclear whether President Biden will move to enact widespread student loan forgiveness legislation.

Will Biden cancel student loan debt with an executive order?

The Biden administration has canceled nearly $10 billion worth of student loan debt since January, impacting borrowers who are eligible for programs like borrower defense to repayment, total and permanent disability discharges (TPD) and closed school discharges. The Education Department has also made it easier for 550,000 debtors to qualify for Public Service Loan Forgiveness (PSLF).

But widespread student loan cancellation may be harder for the administration to achieve. Biden himself has previously not supported sweeping student loan forgiveness proposals. And House Speaker Nancy Pelosi (D-Calif.) has also said that student loan debt cancellation "has to be an act of Congress."

That's out of line with what many of her Democratic colleagues, including Senate Majority Leader Chuck Schumer (D-N.Y.) and Sen. Elizabeth Warren (D-Mass.), have said in the past.

We don’t actually have to do anything in Congress. The president of the United States has the power to cancel student loan debt on his own.

The likelihood of student loan forgiveness on a large scale remains unknown, although progressives may continue to turn up the heat on the president as the federal forbearance deadline draws nearer at the end of January 2022.

The $1.7 trillion worth of education debt is a financial burden for student loan borrowers, who may have had to postpone other financial milestones like buying a home or saving for retirement in order to manage their loan balances. And with federal student loan payments set to resume in February 2022, borrowers have little time to get their finances in order.

Private and federal student loan borrowers should consider a few ways to reduce their debt before the COVID-19 administrative forbearance period expires.

SENATE CONFIRMS JAMES KVAAL AS UNDER SECRETARY OF EDUCATION

1. Refinance to a lower interest rate

Student loan refinancing is when you take out a new loan to repay your current debt with better terms. By consolidating and refinancing to a lower student loan rate, it's possible to reduce your monthly payments or pay off your debt faster.

A recent Credible analysis found that borrowers who refinanced to a longer-term loan were able to lower their monthly payments by more than $250 on average, all without adding to the total cost of interest over time. Those who refinanced to a shorter-term loan were able to pay off their loans 41 months faster and save nearly $17,000 over the life of the loan.

Plus, student loan rates are near historic lows, according to data from Credible. You can see fixed and variable interest rates offered by real private student loan lenders in the table below.

Student loan refinancing may be able to grant you a lower interest rate, but it's not right for everyone. Refinancing your federal student loans to a private student loan would make you ineligible for certain federal protections, including income-driven repayment plans and student loan forgiveness programs.

If you decide that refinancing is right for you, compare rates across multiple lenders at once on Credible's online marketplace. Then, use a student loan refinancing calculator to determine your estimated savings.

Widespread student loan forgiveness may still be out of reach, but there are plenty of college debt forgiveness programs you may qualify for. Here are a few:

You may also qualify to have your student loans discharged if you have a total and permanent disability, or if your school closed while you were enrolled or shortly after you withdrew.

3. Make more than the minimum payment

Student loans are just like any other type of fixed-rate loan: The longer the loan term, the more you'll pay in interest over time. By paying more than the minimum amount required on your federal loans, you'll be able to save money in the long run all while paying off your loans faster.

You can use Credible's student loan calculator to see how changing your payment amount can reduce the cost of borrowing over time.

STUDENT LOAN BORROWERS WHO ENLIST A COSIGNER CAN SAVE THOUSANDS ON THEIR COLLEGE DEBT, DATA SHOWS