It was Muppets Night on Season 8, episode 5 of "The Masked Singer," and the identities of the Beetle and Robo Girl were revealed!

The Beetle and Robo Girl were unmasked on Wednesday’s episode of "The Masked Singer," which celebrated "Muppets Night."

Warning: This article contains spoilers for Season 8, episode 5, of "The Masked Singer." 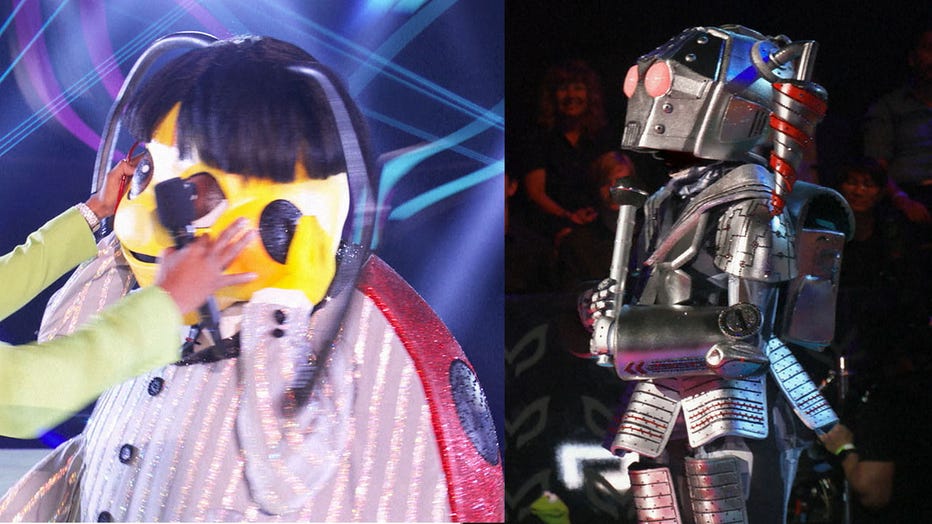 The Beetle and Robo Girl are pictured on FOX’s "The Masked Singer" Season 8, episode 5. (Credit: FOX)

During Season 8 of "The Masked Singer," there are multiple unmaskings every week. Find out who was unmasked this week below:

Jerry! Jerry! Jerry! The Beetle performed "The Way You Look Tonight" by Frank Sinatra, and was the first to be unmasked, with McCarthy-Wahlberg and Thicke guessing correctly.

It was revealed to be Jerry Springer, who hosted the long-running talk show "Jerry Springer" and previously served as the major of Cincinnati.

"I honestly thought right away they knew who I was because of my voice. I felt that I wasn’t fooling anybody," Springer said. "This is a show for artists, and I snuck in."

Next up was Robo Girl, who performed Queen's "Bohemian Rhapsody."

None of the judges guessed correctly, and Robo Girl was ultimately revealed to be Kat Graham — best known for her role as Bonnie Bennett on "The Vampire Diaries."

"There’s that part of you as an artist that’s like, ‘I came and I conquered this thing that was really daunting for me, and I did it, and I’m good," Graham said after the reveal.

Your next binge: "The Real Dirty Dancing," streaming free on Tubi