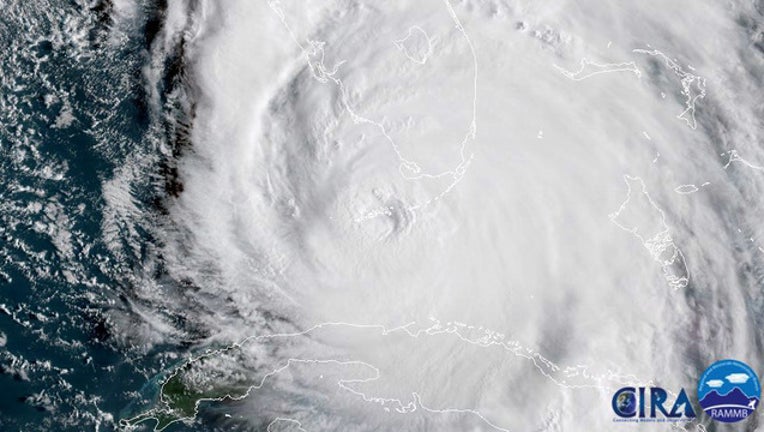 A combination of storm surge, heavy rains and swollen rivers sent some of the worst flooding into Jacksonville, Florida, even though Irma roared into the opposite end of the state, had weakened to a tropical storm and its eye stayed at least 80 miles away.

While preliminary data suggest Irma's eye pushed a surge of more than 10 feet hit onto southwest Florida's Marco Island, the highest water levels were reported hundreds of miles away in Jacksonville and Savannah, Georgia, according to the National Oceanic and Atmospheric Administration.

And southwestern Florida, which is prone to surges, saw the opposite at first: a strange-looking negative surge that sucked the water off the sea floor quickly enough to maroon several manatees. After the water pulled away from the beaches and bay, it came back with vengeance, but much of Florida's west coast wasn't swamped as badly as it could have been because Irma's track kept them safe from Irma's strongest eastern side.

"You can call it bizarre, I might call it unusual or unique," said Rick Luettich, director of the Institute of Marine Studies at the University of North Carolina. "What was very unusual about it was, it spanned two coastlines that were in different-facing directions. As a result, you got the opposite behavior on both coastlines."

Tampa "dodged a bullet" on the weaker side of the storm, especially because Irma's southwestern eyewall had been broken up by high winds near Cuba, said MIT meteorology professor Kerry Emanuel.

Jacksonville and the rest of the east coast, on the other hand, got the northeast brunt of the storm, where winds, surge and rainfall are at the strongest. And because hurricane winds spin counter-clockwise and lined up perfectly perpendicular to Jacksonville's St. John's River, "it just pushed the water from the Atlantic right into the river," said National Hurricane Center spokesman and meteorologist Dennis Feltgen.

The city's concave coastline and the shallow water off the beach also made for a bigger storm surge build-up, funneling more water into Jacksonville, said storm surge expert Hal Needham of Galveston, Texas.

On top of that, Jacksonville -- unlike western Florida -- only got one side of Irma, so the wind kept coming from the same direction, pushing the surge even higher, Needham said.

That's why Paul Johnson was surprised when Monday morning he woke up in Jacksonville, looked out the window and saw boats passing by where cars normally drive. The water was licking at his front door. Before long, the flooding rose nearly to the window of his beloved pickup truck.

"I've lived here most of my life, and I've never seen anything like that," he said.

It was worse than last year's Category 5 Matthew, which sat just off shore, because Irma grew to an immense 415-miles wide, Luettich said.

"The size of the storm made a huge difference," Luettich said.

People tend to focus on top sustained winds, but that's only part of the equation that goes into storm surges. The storm's size is another major factor, as with Katrina, said Jamie Rhome, who heads the storm surge unit at the National Hurricane Center.

"As bad as it felt on the east coast of Florida, things were significantly worse in the Florida Keys," Rhome said, as well as in the lower part of southwest Florida where the storm's eye passed close by, such as Immokalee.

Negative storm surge happened where Irma's eye moved over water east of the coastline and winds pushed the water away from the shore. That draining of the bay and coast "tricks people," Rhome said, but Needham said the Tampa region has experienced this type of negative storm surge at least twice before.

And because the reverse surge means the coastline must be refilled before water inundates land, the resulting speed and effect of the surge is lessened, Luettich said.

Johnson said he had joked with his Facebook friends when Irma's track appeared to turn away from Jacksonville that the storm was too afraid to come near. But this storm's punch came from so far away that it never had to.