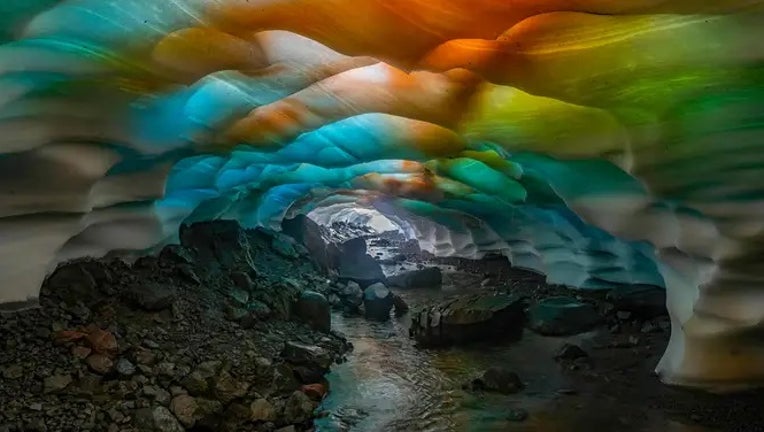 MT. RAINIER NATIONAL PARK, Wash. - A hike into ice caves near Mt. Rainier turned into an incredible experience like no other when the ice became awash in brilliant colors.

"I could not believe my eyes," said photographer Mathew Nichols.

Nichols went up to Mt. Rainier to explore the caves, but he said he never imagined they could be so colorful.

"We happened to be there at just the right time," he said. "The colors lasted for about 2 hours, then the vibrancy diminished as the day progressed. Even though it was very cold exploring these ice caves, I did not want it to end!"

A local geologist who is familiar with the caves told Nichols the variety of colors was due to multiple lighting effects being in play. The reddish colors in the photo – referred to as "watermelon snow," could be related to red-colored algae growing on the snow. 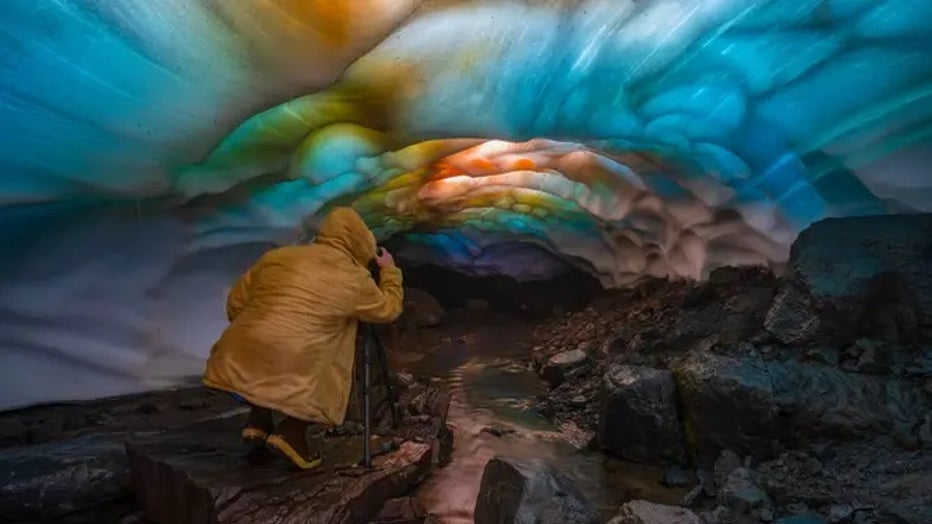 Meanwhile, the blues, greens and purples are from the ice crystals absorbing the reddish parts of the sunlight's spectrum – a process known as Rayleigh scattering. The variable thickness of the snow and the presence of dust and dirt particles trapped in the snow bank contribute to the range of colors. 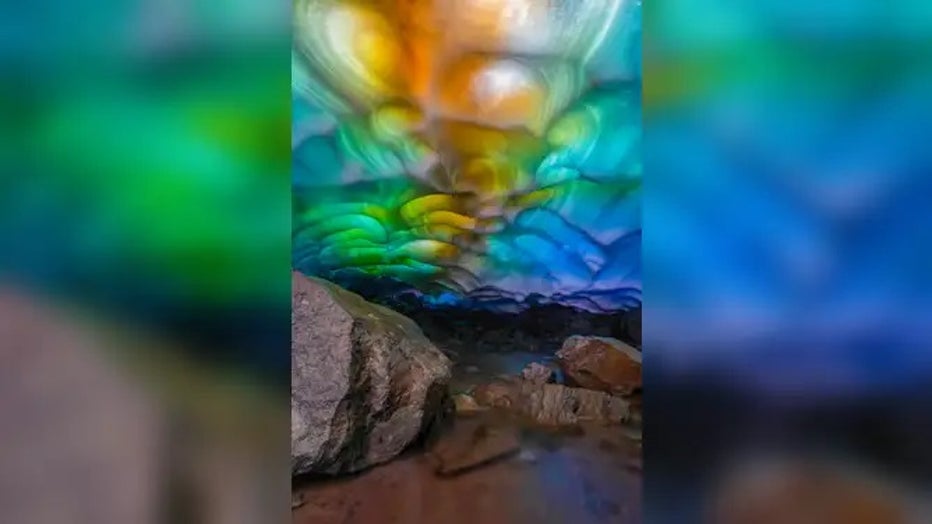 Nichols just happened to pick a perfect time to see it all come together.

"Everything from the lighting to the level of ice melt, to the time of day, had to line up perfectly, and somehow I was there right on time," Nichols said. "As I stayed around the ice caves admiring the extravagant colors, the sun began to emerge from the clouds, and the colors began to diminish. This made me realize how lucky I truly was to have experienced this and that it is something that very few people have ever had the pleasure of seeing." 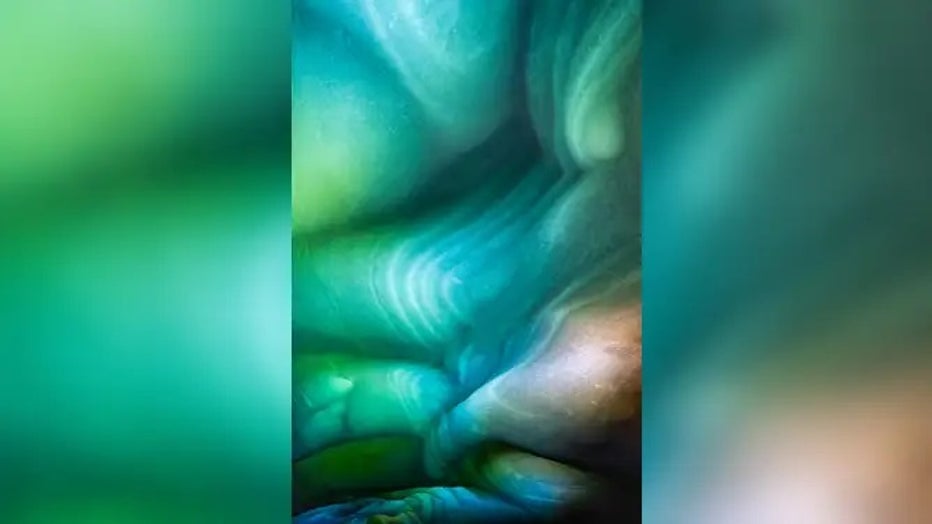 Exploring snow and ice caves is extremely dangerous and is not recommended for novice explorers. There have been deaths and injuries in ice caves when the ice melts and the cave suddenly collapses.

Local officials warned walls can suddenly collapse without warning due to rapid snow melt – especially during hot summer days. Down below, water levels can suddenly surge during daytime snow melt, with water temperatures near freezing.

Officials also warned that while it might be in the 80s or hotter outside, it can be very cold inside the caves and combined with getting wet from the frigid water, hypothermia is another danger, especially for those who would wander in lightly clothed.