Orlando Melendez and his family turned their soccer vision into a reality, creating this giant soccer ball to celebrate the World Cup.

SORRENTO, Fla. - Orlando Melendez and his family turned their soccer vision into a reality, creating this giant soccer ball to celebrate the World Cup.

"It was a challenge for almost a month that we had to build parts," Melendez said.

The Sorrento, Florida family originally planned to have 32 panels on the ball, with 32 flags from the countries participating in this year’s tournament.

But they ran into a few challenges getting this together. So instead, the flags are displayed behind the ball.  Melendez hopes to give this ball as a gift to the winning country’s fans.

"When I’m driving down the road to work every day, there’ll be a reason for me to be happy. I see the ball turning and say wow, we won the World Cup. 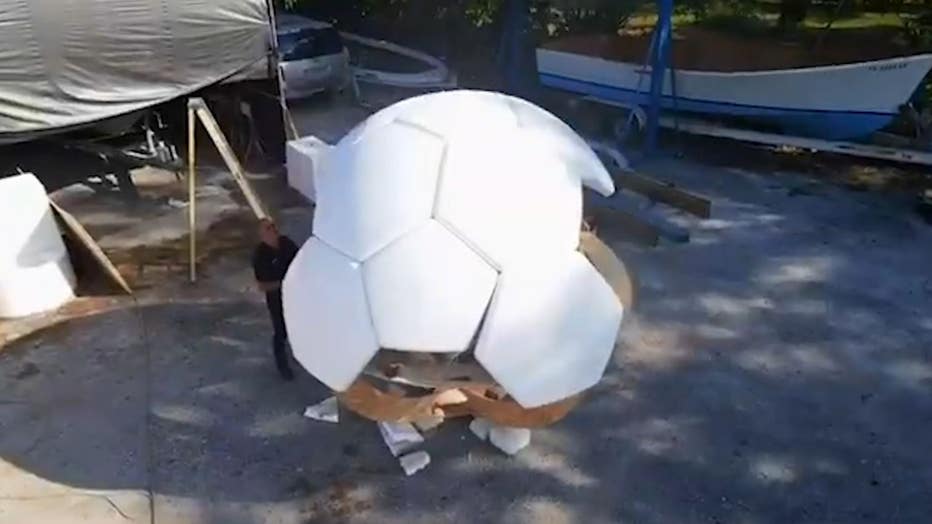 This project was supposed to be finished weeks ago, but Hurricane Ian and Nicole forced the Melendez family to put a temporary hold on the construction.

So they worked overtime to get it done before the round of 16 began. 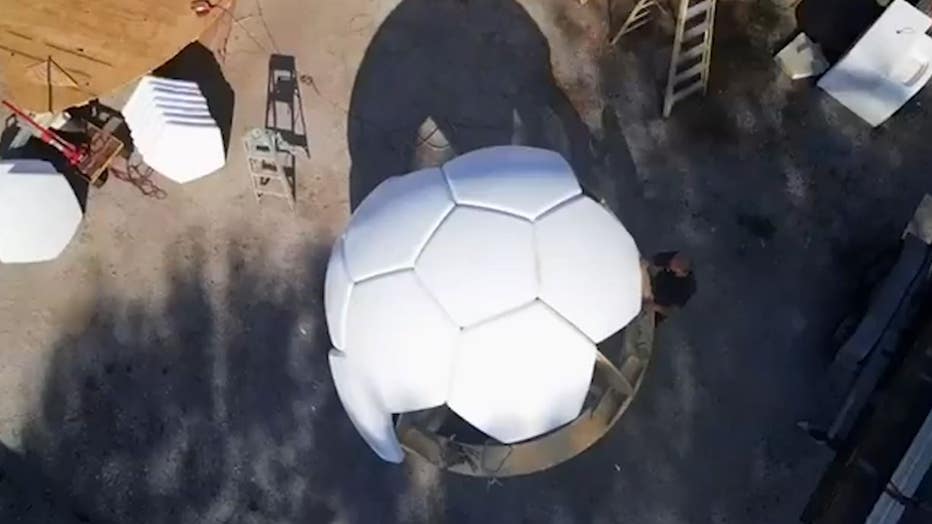 "We took everything down, the buildings down, where we had the project. Then we had to build it back up," Melendez said.

Once complete, the project will have taken about three months to build, and with all the supplies, about $30,000.

But Melendez says the price tag and the sleepless nights were worth it.