Championship Sunday is upon us and after this weekend, we’ll know who will meet in the NFL’s 56th Super Bowl next month.

The conference championship games will have a tough act to follow. Each of the Divisional Round games proved to be thrillers that came down to the final play.

The Los Angeles Rams beat the Tampa Bay Buccaneers on 30-27 with a field goal as time expired. And the Kansas City Chiefs bested the Buffalo Bills 42-36 in overtime.

Here’s what you need to know about the teams, seeding and the TV schedule: 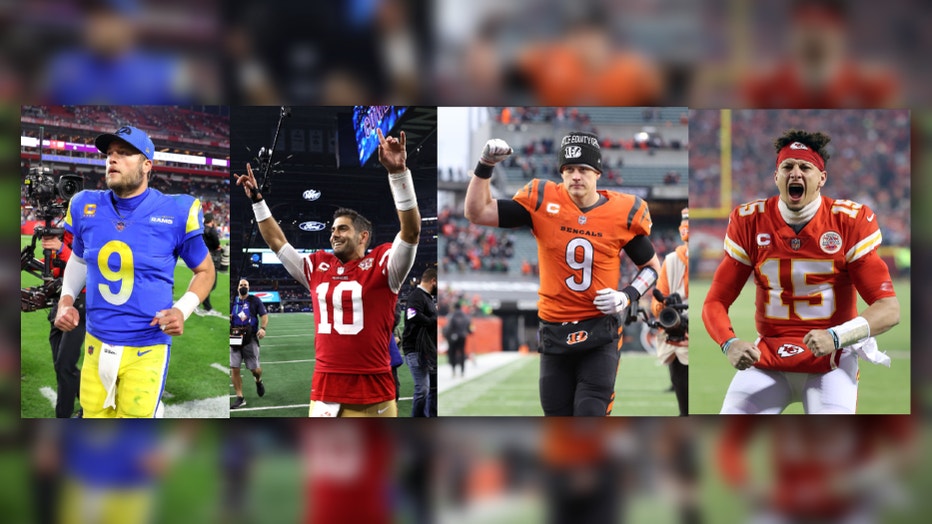 Kansas City is hosting the AFC Championship Game for the fourth straight year. The Chiefs (12-5) have won the last two and won Super Bowl LIV in 2020.

The Bucs, who beat them for last year’s title, won’t be in the way this year. Even so, the Bengals are playing like a team determined to claim the Lombardi Trophy for themselves.

Cincinnati (10-7) hadn’t won a playoff game in 31 years coming into this postseason. They’ve since won two. But even before the playoffs began, the Bengals knocked off the Chiefs 34-31 in Week 17.

After 55 years, last year’s Buccaneers squad became the first NFL team to play a Super Bowl in their own stadium. The Rams (10-6) are one win away from becoming the second.

No matter who wins the NFC Championship, Californians will have plenty to cheer about during Super Bowl LVI.