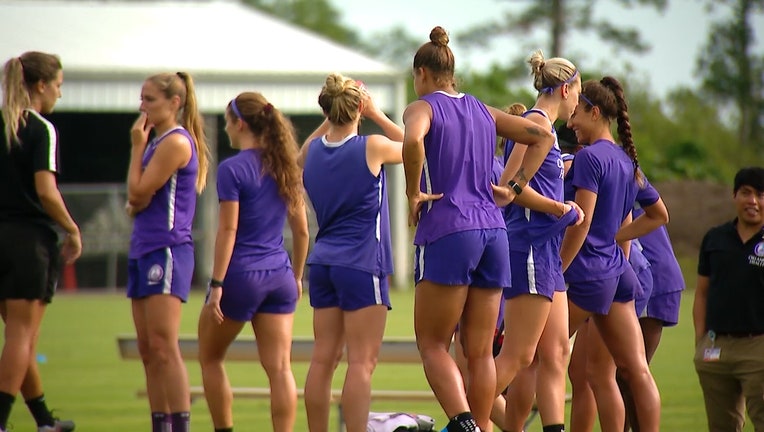 CHICAGO - The National Women’s Soccer League says players may start training in small groups, provided it is done under league protocols and meets the requirements of local authorities.

Teams will be able to progress to full team training on May 30 once they complete five days of small group training.

“Following the advice and counsel of our medical advisers, the NWSL is pleased to be taking the next steps to safely return to competition,” Commissioner Lisa Baird said Monday in a statement.

The small groups cannot exceed eight players during Phase 2 of the nine-team league’s return to play protocol. Players must complete a pre-training assessment and undergo daily symptom and temperature screenings as well as other tests.

Players will have to arrive in their training gear and wear masks when arriving and leaving the facility. They will be allowed to use weight rooms, training rooms and meeting rooms.

The NWSL season was originally scheduled to start April 18. The league allowed voluntary individual outdoor workouts on May 6.