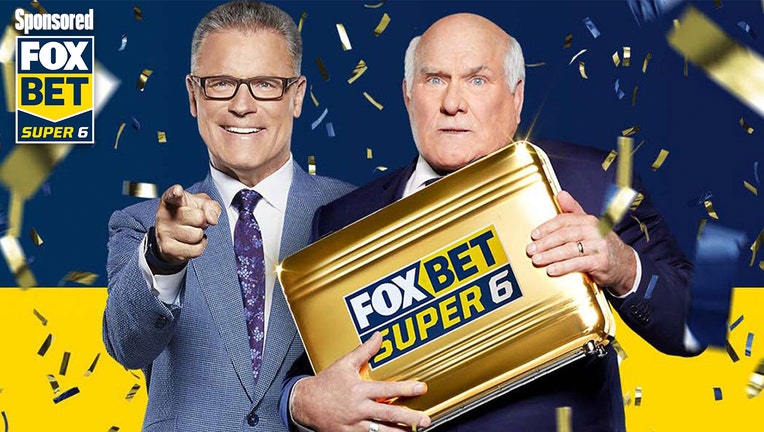 On Monday morning, Nicole Ceaser was back in the classrooms of Chicago’s public school system, doing the thing she loves most — working as a speech pathologist with special education students.

"When you see the kids, they make everything worthwhile," Ceaser said on Monday. "I love the kids. When you can tell how much progress they made, and the parents come up to you and describe how well they are doing at home — it is something that makes you want to come to work every day. You can tell the impact that you can have on a young person’s life."

On Sunday night, Nicole’s life experienced a different kind of impact. The long-suffering Chicago Bears fan watched the finish of the Arizona Cardinals' 25-22 win over the Dallas Cowboys with delight, knowing that she had indeed won the $100,000 jackpot of Terry Bradshaw’s money with FOX Bet Super 6.

For a chance to win the contest, players must pick six outcomes from Sunday’s NFL games. They must choose the winner of each game and also pick the margin of victory. The game is completely free to play, and getting all six picks correct means: jackpot!

"I play the game every week that I remember to play it," Nicole said. "This week, I sat down and looked at all the games closely because they all had some kind of playoff implications. The Arizona game stood out because they’ve been such a better team on the road at home, and I thought they needed it more."

Ceaser had all six winners and their margin of victories correct: New Orleans by 8-9 over Carolina, Buffalo by 10-14 over Atlanta, Philadelphia by 3-4 over Washington, Buccaneers by 3-4 over the New York Jets, Las Vegas by 3-4 over Indianapolis, and Cardinals by 3-4 over Dallas. Her victory was secured when Dallas hit on a touchdown and two-point conversion to cut Arizona’s lead to 3 with five minutes left – within Nicole’s margin of victory for the Cardinals.

"About midway through (the second half) I went to check to see how I was doing, and it said I was in third place," Nicole said. "When I saw Dallas score that two-point conversion, I was hoping the game would stop right there. That’s when I went into first place, and I just wanted it all to freeze at that point."

With her winnings, Nicole is hoping to spend the money toward purchasing a new home for her boyfriend and 13-year-old son. "I had entered the contest for the house (on Christmas Day), and I was hoping to get that," Nicole joked. "But I saw Louise from Oklahoma won it, and I was so happy. Go for it, Louise! But I’m looking to use this money for a house for us."

The FOX Bet Super 6 game has given away over $6 million in winnings since its launch in 2019. The free-to-play app averages one million plays every NFL Sunday. All you need to do to win is download the free FOX Bet Super 6 app on your phone or mobile device and correctly guess the right answers to the sweepstakes question of the day.

Download the FOX Bet Super 6 app for your chance to win thousands of dollars on the biggest sporting events each and every week! Just make your picks and you could win the grand prize. Download and play today!