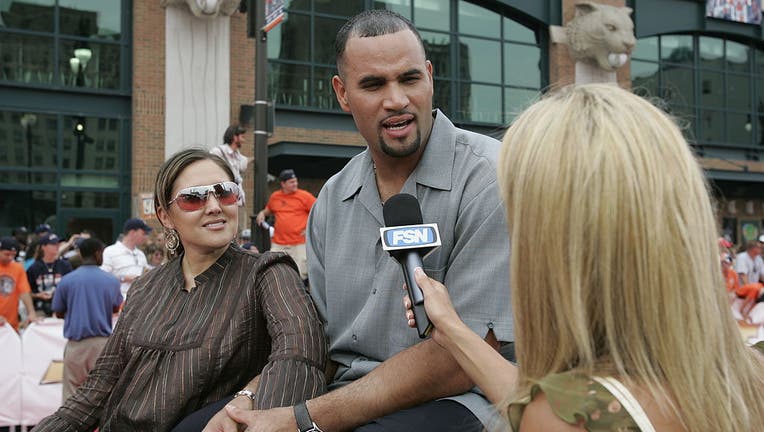 ST. LOUIS - Albert Pujols of the St. Louis Cardinals announced he would divorce his wife just days after she underwent brain surgery.

"I’ve been asked a lot of questions over the past few days regarding what’s been going on at home and sadly, after 22 years of marriage, I have made the decision to file for divorce from my wife, Deidre," Pujols said in a statement released by his agent, Dan Lozano Tuesday.

"I realize this is not the most opportune time with Opening Day approaching and other family events that have recently taken place" the statement continued. "These situations are never easy and isn’t something that just happened overnight. As a devout Christian, this is an outcome that I never wanted to see happen. For many long days and nights, I prayed, asking the Lord for His guidance."

"I’ll be good but none of us are Guaranteed our next breath so it’s important to me to leave you remembering your blessings and that we all just get one life to demonstrate love to one another," Pujols’ wife posted on Instagram before she underwent surgery.

"I am thankful for the five beautiful children that we brought into this world and remain committed to raising them in a loving and safe environment," Pujols’ statement continued. "I ask that you please respect our privacy and the privacy of our five children during this time."

The Cardinals and Pujols agreed to a $2.5 million, one-year contract, giving him a chance to end his career in the place where it started. After a decade in Los Angeles, he returns to St. Louis with 679 career home runs.

Pujols hit .236 with 17 homers last season while splitting time with the Angels and Dodgers. But the right-handed hitter turned back the clock against left-handers in 2021, finishing with a .294 mark and 13 homers in just 136 at-bats.