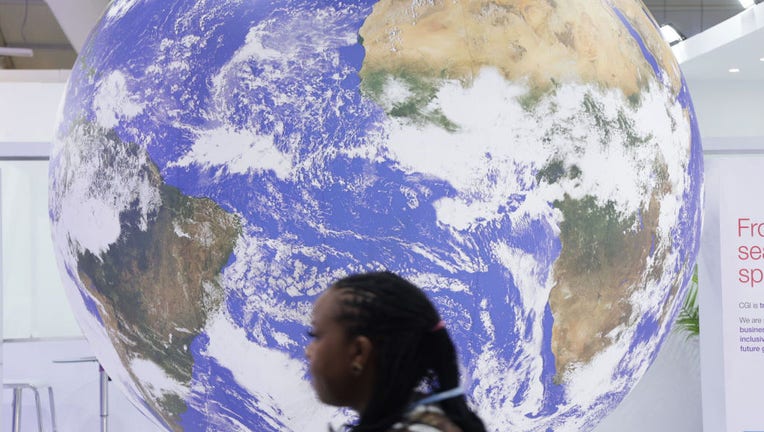 FILE - A conference participant walks past a spinning representation of Planet Earth during the UNFCCC COP27 climate conference on Nov. 9, 2022, in Sharm El Sheikh, Egypt. (Photo by Sean Gallup/Getty Images)

LAGOS, Nigeria - The world's population is projected to hit an estimated 8 billion people on Tuesday, according to a United Nations projection, with much of the growth coming from developing nations in Africa.

Among them is Nigeria, where resources are already stretched to the limit. More than 15 million people in Lagos compete for everything from electricity to light their homes to spots on crowded buses, often for two-hour commutes each way in this sprawling megacity. Some Nigerian children set off for school as early as 5 a.m.

And over the next three decades, the West African nation's population is expected to soar even more: from 216 million this year to 375 million, the U.N. says. That will make Nigeria the fourth-most populous country in the world after India, China and the United States.

"We are already overstretching what we have — the housing, roads, the hospitals, schools. Everything is overstretched," said Gyang Dalyop, an urban planning and development consultant in Nigeria.

The U.N.'s Day of 8 Billion milestone Tuesday is more symbolic than precise, officials are careful to note in a wide-ranging report released over the summer that makes some staggering projections.

The upward trend threatens to leave even more people in developing countries further behind, as governments struggle to provide enough classrooms and jobs for a rapidly growing number of youth, and food insecurity becomes an even more urgent problem.

Nigeria is among eight countries the U.N says will account for more than half the world's population growth between now and 2050 — along with fellow African nations Congo, Ethiopia and Tanzania.

"The population in many countries in sub-Saharan Africa is projected to double between 2022 and 2050, putting additional pressure on already strained resources and challenging policies aimed to reduce poverty and inequalities," the U.N. report said.

Other countries rounding out the list with the fastest growing populations are Egypt, Pakistan, the Philippines and India, which is set to overtake China as the world's most populous nation next year. 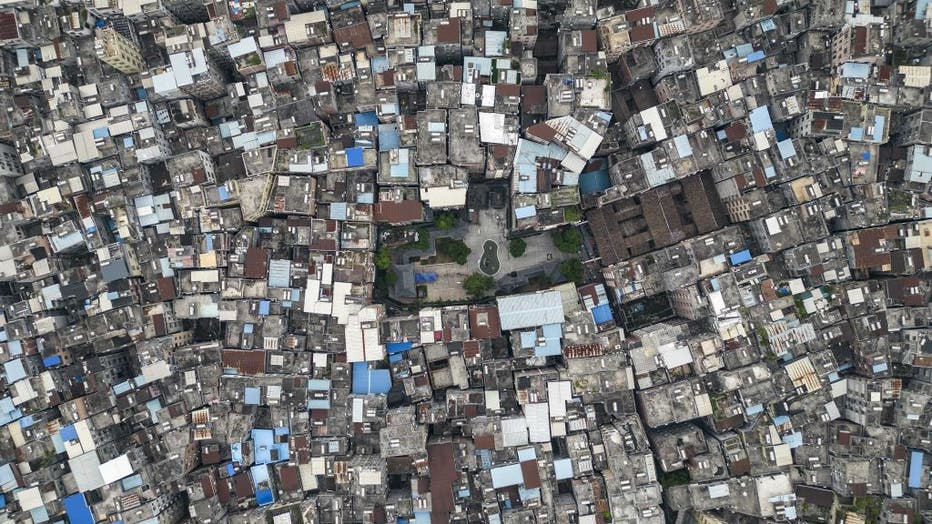 FILE - An aerial view of dense houses on Nov. 15, 2022, in Guangzhou, Guangdong province of China. (Photo by Stringer/Anadolu Agency via Getty Images)

In Congo's capital, Kinshasa, where more than 12 million people live, many families struggle to find affordable housing and pay school fees. While elementary pupils attend for free, older children's chances depend on their parents' incomes.

"My children took turns" going to school, said Luc Kyungu, a Kinshasa truck driver who has six children. "Two studied while others waited because of money. If I didn't have so many children, they would have finished their studies on time."

"There is also a greater pressure on the environment, increasing the challenges to food security that is also compounded by climate change," said Dr. Srinath Reddy, president of the Public Health Foundation of India. "Reducing inequality while focusing on adapting and mitigating climate change should be where our policy makers’ focus should be."

Still, experts say the bigger threat to the environment is consumption, which is highest in developed countries not undergoing big population increases.

"Global evidence shows that a small portion of the world’s people use most of the Earth’s resources and produce most of its greenhouse gas emissions," said Poonam Muttreja, executive director of the Population Foundation of India. "Over the past 25 years, the richest 10% of the global population has been responsible for more than half of all carbon emissions."

Families become larger when women start having children early, and 4 out of 10 girls in Africa marry before they turn 18, according to U.N. figures. The rate of teen pregnancy on the continent is the highest in the world — about half of the children born last year to mothers under 20 worldwide were in sub-Saharan Africa.

Still, any effort to reduce family size now would come too late to significantly slow the 2050 growth projections, the U.N. said. About two-thirds of it "will be driven by the momentum of past growth."

"Such growth would occur even if childbearing in today’s high-fertility countries were to fall immediately to around two births per woman," the report found. 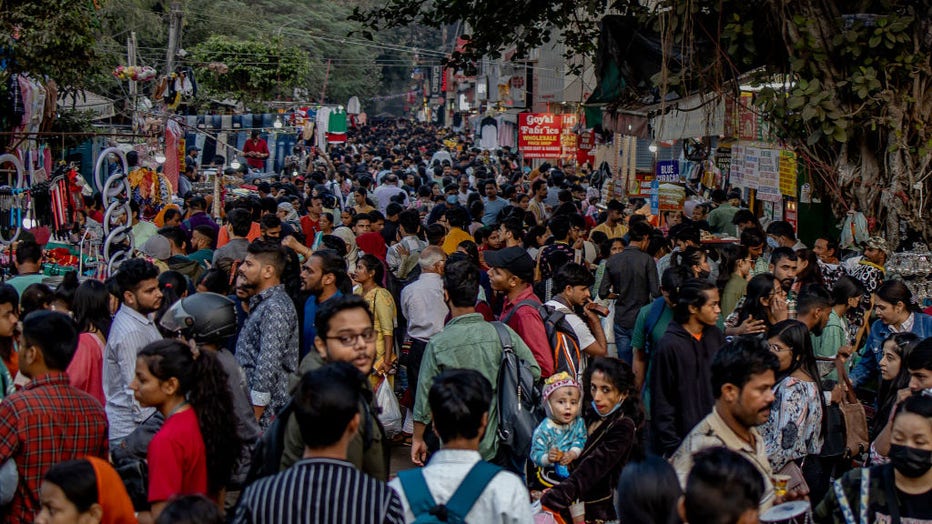 FILE - Shoppers crowd in huge numbers at a market area on No. 12, 2022, in New Delhi, India. (Photo by Anindito Mukherjee/Getty Images)

There are also important cultural reasons for large families. In sub-Saharan Africa, children are seen as a blessing and as a source of support for their elders — the more sons and daughters, the greater comfort in retirement.

Still, some large families "may not have what it takes to actually feed them," says Eunice Azimi, an insurance broker in Lagos and mother of three.

"In Nigeria, we believe that it is God that gives children," she said. "They see it as the more children you have, the more benefits. And you are actually overtaking your peers who cannot have as many children. It looks like a competition in villages."

Politics also have played a role in Tanzania, where former President John Magufuli, who ruled the East African country from 2015 until his death in 2021, discouraged birth control, saying that a large population was good for the economy.

He opposed family planning programs promoted by outside groups, and in a 2019 speech urged women not to "block ovaries." He even described users of contraceptives as "lazy" in a country he said was awash with cheap food. Under Magufuli, pregnant schoolgirls were even banned from returning to classrooms.

But his successor, Samia Suluhu Hassan, appeared to reverse government policy in comments last month when she said birth control was necessary in order not to overwhelm the country’s public infrastructure.

Even as populations soar in some countries, the U.N. says rates are expected to drop by 1% or more in 61 nations.

The U.S. population is now around 333 million, according to U.S. Census Bureau data. The population growth rate in 2021 was just 0.1%, the lowest since the country was founded.

"Going forward, we’re going to have slower growth — the question is, how slow?" said William Frey, a demographer at the Brookings Institution. "The real wild card for the U.S. and many other developed countries is immigration."

Charles Kenny, a senior fellow at the Center for Global Development in Washington, says environmental concerns surrounding the 8 billion mark should focus on consumption, particularly in developed countries.

"Population is not the problem, the way we consume is the problem — let’s change our consumption patterns," he said.

RELATED: COVID-19 deaths down 90% since February, WHO says