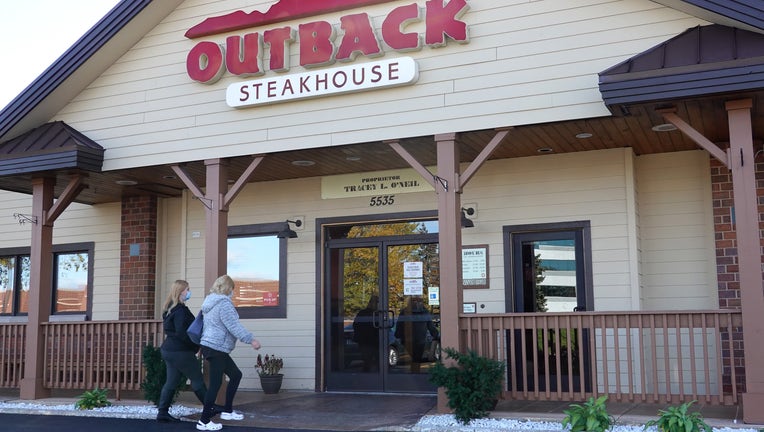 SKOKIE, ILLINOIS - NOVEMBER 02: Customers arrive at an Outback Steakhouse restaurant on November 02, 2021 in Skokie, Illinois. Shares of Bloomin’ Brands, the parent company of Outback Steakhouse, closed down 10% today after the company said it expect

ST. CLOUD, Fla. - A woman who was choking on a piece of food at a St. Cloud Outback Steakhouse was saved by an off-duty firefighter who happened to be at the right place at the right time.

On October 9, a woman was having dinner at the Outback Steakhouse when a piece of the food she was eating became lodged in her throat, obstructing her airway, Orange County Fire Rescue said.

Several employees reportedly made unsuccessful attempts at dislodging the piece of food, the fire department said.

Off-duty Orange County firefighter Lt. Joseph Spainhoward was in the restaurant when the woman began choking, and he ran over to help — performing the Heimlich Manuever, ultimately saving the woman's life.

On Thursday, the woman visited Lt. Spainhoward at Orange County Fire Rescue Headquarters, thanking him for saving her life.