A large whale shark surprised boaters by surfacing right next to their vessel in the waters off of Siesta Key on Tuesday.

SIESTA KEY, Fla. - Boaters out on the water this week were greeted with an incredible surprise: a large whale shark that swam right next to their boat.

Alexa Groat says they were 12 miles out of Siesta Key with Captain Josh from Siesta Kation Charters on Tuesday.

While on their way back to shore, a 25-foot whale shark came up to the surface, right next to their boat. 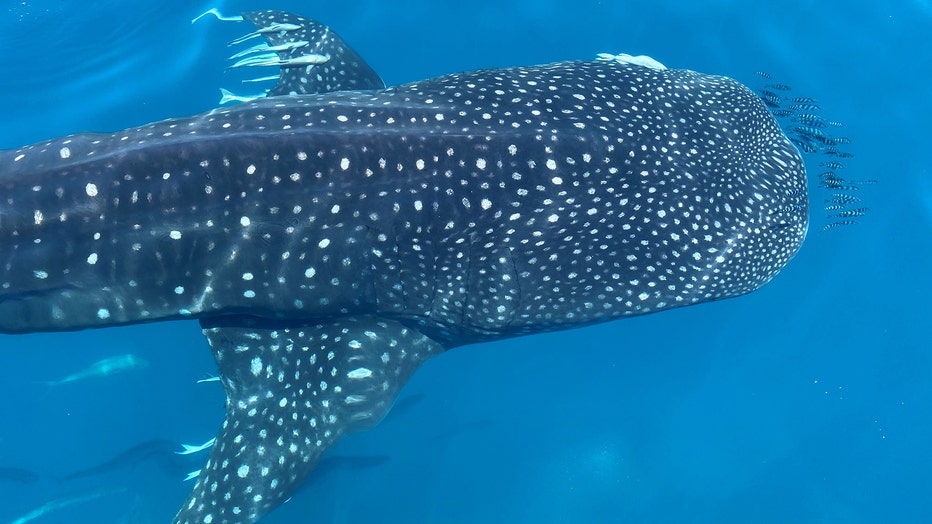 Groat captured video of the gentle giant as it floated alongside their vessel.

"He was not bothered by us at all and seemed to be showing off a little," Groat told FOX 13. "Amazing day out on the Gulf!"

According to researchers at the University of Florida, whale sharks are the largest fish in the sea. 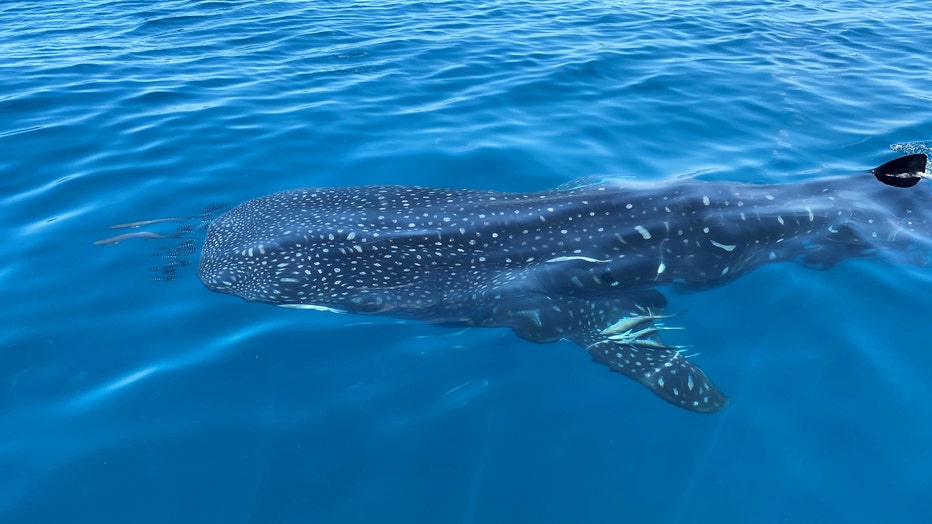 "They are filter feeders, often swimming near the surface of the open sea," the university's website says. "They gulp in water and filter everything from plankton and fish eggs to crustaceans and schooling fish, to occasional larger prey like squid or tuna."

Despite the whale shark's large size, they are considered harmless to humans, researchers said.