BRADENTON, Fla. - A few weeks before the new year, an 8-year-old Manatee County girl watched her mother, a paramedic, use the Heimlich maneuver to dislodge a piece of bacon from her 6-year-old brother's windpipe.

On that day, mom Tabitha Parker decided her daughter, Peyton, should know this life-saving technique, so she showed her what to do if someone was choking on their food.

The family couldn't have imagined Peyton would become the family's newest hero – just nine days into 2022.

January 9 was a normal Sunday morning for Parker's boyfriend, Michael Langston. He was playing videos games in the living room while Peyton and her little brother, Keegan played around the house.

A living room surveillance camera caught what happened next.

Langston took a bite of his sandwich and instantly, he couldn't breathe. 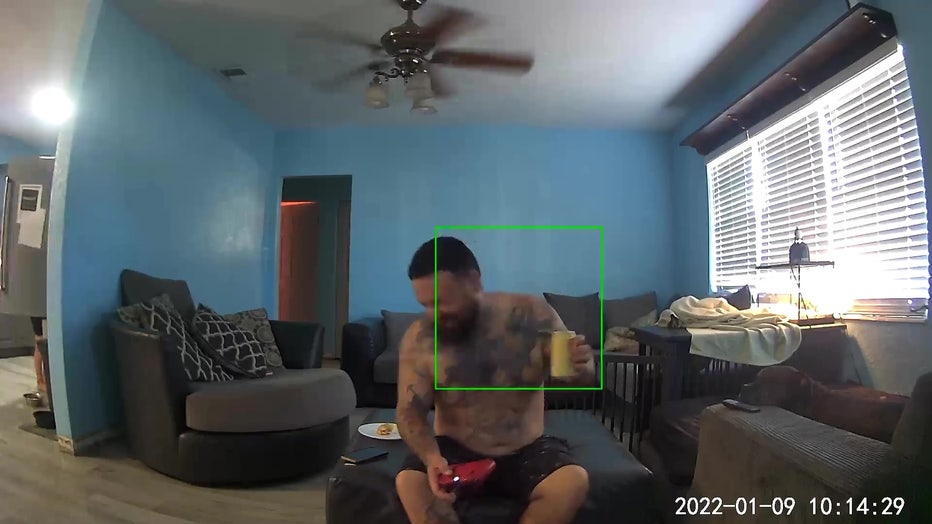 The video shows him struggling as he tries to take a drink.

"I realized that as soon as I took the drink, it spit back out and… I start freaking out for a second. I tried it again. I did it again, and at that moment I realized I couldn't breathe," Langston said.

Part of the sandwich he was eating had gone down his windpipe. He raced to get the attention of 6-year-old Keegan. 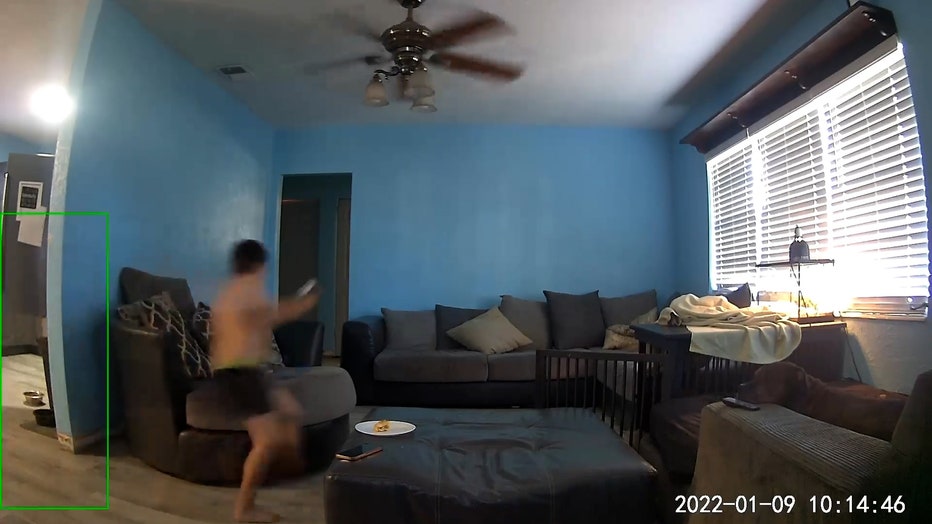 Keegan runs through the house to get his sister's attention

"He was patting his chest, so I realized he was choking," Keegan recalled.

In the video, Keegan can be seen running to get his big sister to help. Langston follows and Peyton jumps into action.

She wastes no time wrapping her arms around him and thrusting just twice before the food came out. 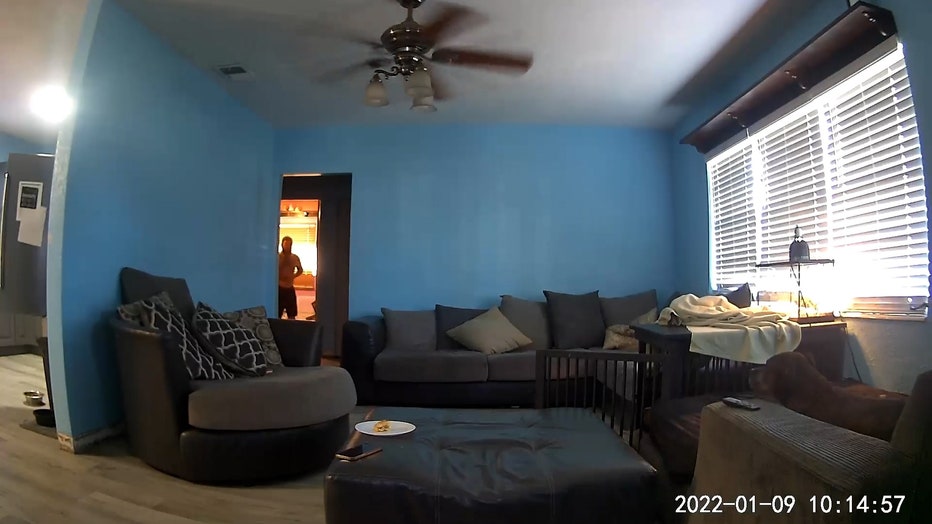 Peyton performs Heimlich on her stepdad

"I just jumped up and started doing it," Peyton said.

"As soon as I got home from work, we immediately went to get ice cream because that's something in order for," Parker said with a smile. "But I don't think she truly understood the gravity of what she had did."

Parker is paramedic in Manatee County and was at work when it happened.

She is thankful that she was there when Keegan started to choke on his bacon and that Peyton took the lesson to heart.

Langston is thankful she did, too.

Parker says she now plans to teach her kids CPR, as well, and encourages parents to teach their kids the Heimlich because it could save a life.