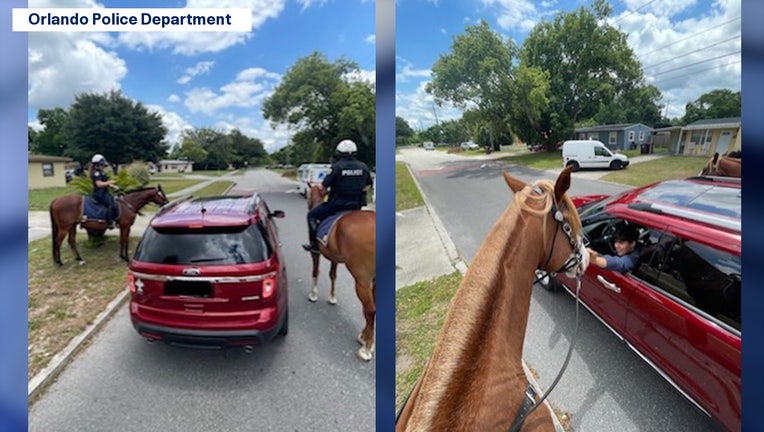 ORLANDO, Fla. - Have you ever been pulled over by an officer riding on a horse?

That's what happened to one Florida man in an Orlando neighborhood Monday during his first traffic stop ever.

The Orlando Police Department shared preproduced body camera video on social media showing three officers of its mounted patrol unit stopping a driver they say did not come to a complete stop at a stop sign.

Instead of getting a ticket, he was allowed to pet a horse.

"Mounted Patrol wanted to make sure our community is aware of the importance of stop signs," the police department said in a statement on Twitter.

See the video below: