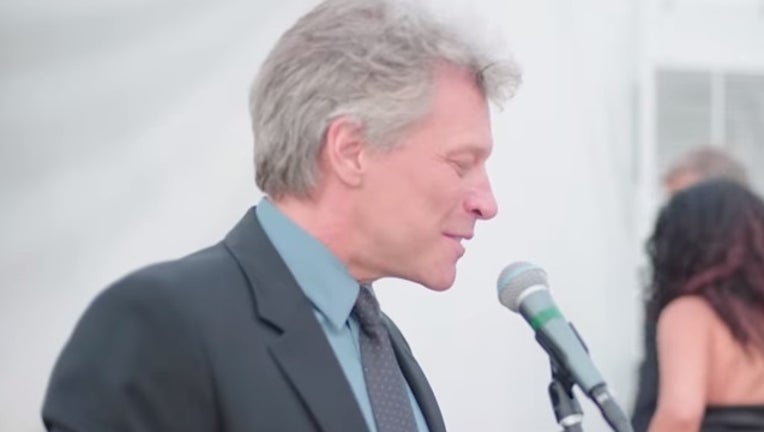 Bon Jovi looked hesitant at first, but finally gave in and belted out the hit tune! (YouTube | Cool Coconut Studios)

SOUTH FLORIDA- - Jon Bon Jovi performed at a wedding with a jazz band in South Florida on Saturday.

Bon Jovi was in town for a private wedding in Key Biscayne where a jazz band led by singer Lourdes Valentin was performing.   It was one of Valentin's dreams to sing with her idol Bon Jovi, and she was unsure if he would make her dream a reality.

As Valentin began singing Bon Jovi’s song “Livin’ on a Prayer,” she looked to the famous singer to join in.

Bon Jovi eventually got out of his chair, and joined Valentin for a duet of "Livin' on a Prayer," with a jazzy twist.  The performance featured a trumpet solo instead of the usual guitar solo.

To learn more about Lourdes Valentin, visit her website.