Jeff Bezos' Blue Origin launched it's fourth human flight to suborbital space, with five paying customers and Gary Lai, a chief architect for the company, aboard it's New Shepard rocket. The launch, from Van Horn, Texas, was completed early Thursday despite a number of holds delaying its start.

The passengers, including one of Blue Origin’s early employees and five other paying customers, soared in the automated capsule to an altitude of 66 miles, feeling a few minutes of weightlessness before parachuting into the desert.

"Saturday Night Live" star Pete Davidson had initially been among the passengers slated to take flight. But the comedian abruptly dropped out of the mission after it was rescheduled and Davidson was replaced by Gary Lai, one of the first 20 Blue Origin employees.

After the initial delay, liftoff was scheduled for March 29 but it was again pushed back to Thursday morning from its launch complex near Van Horn, Texas. 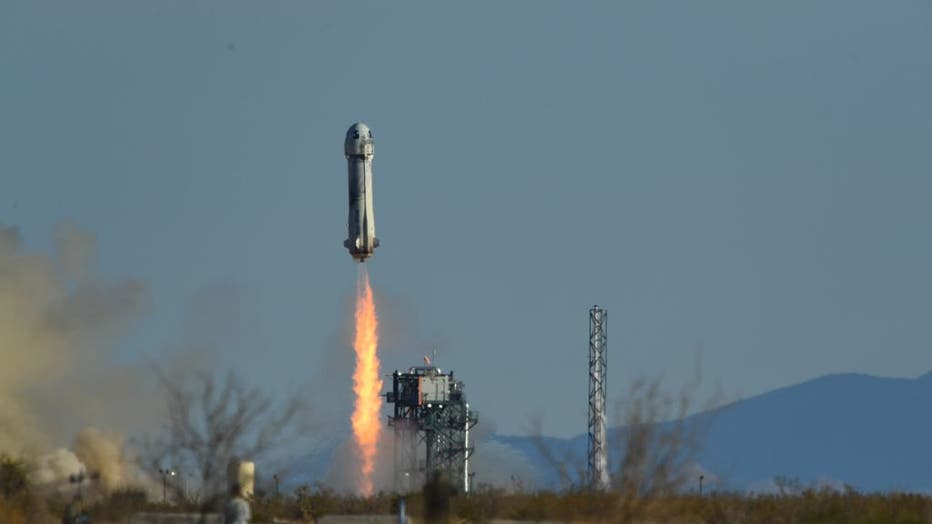 For previous flights, Blue Origin has enlisted "Star Trek" actor William Shatner, 90, who became the oldest person to reach space in October aboard a Blue Origin flight. Shatner called the flight "the most profound experience I can imagine."

"It’s an honor. I’m so filled with emotion about what just happened," Shatner told Jeff Bezos moments after the flight, no longer able to hold back tears. "I just, it’s extraordinary, extraordinary."
Former NFL player and TV personality Michael Strahan also joined Laura Shepard Churchley, the eldest daughter of NASA astronaut Alan Shepard, and others for a flight in December.

Bezos, who founded Amazon six years before Blue Origin, was on his company’s debut launch in July. The second, in October, included Shatner — Captain James Kirk of TV’s original "Star Trek." The late Leonard Nimoy’s daughter sent up a necklace with a "Vulcan Salute" charm on the Oct. 13 flight in honor of the show’s original Mr. Spock. 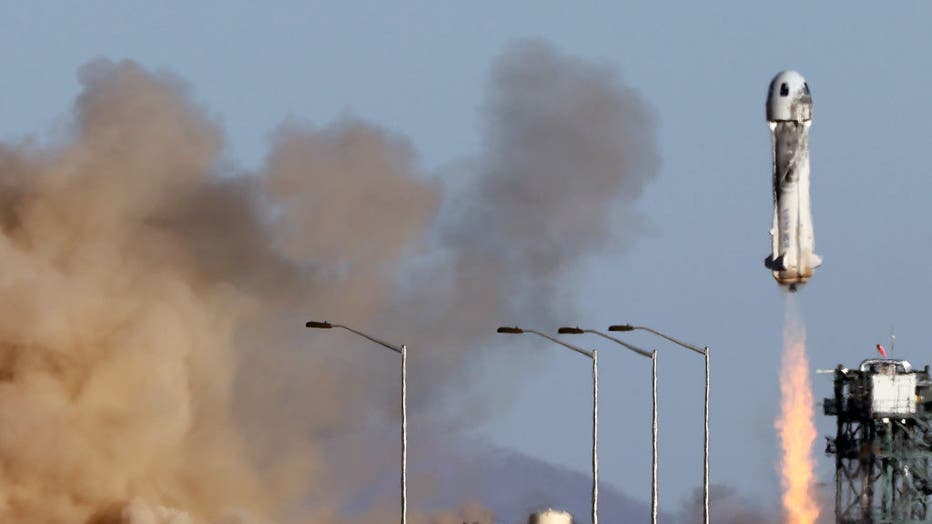 Private U.S. companies had a multitude of launches in 2021, signaling the year of space tourism finally taking off. Virgin Galactic kicked it off in July, sending up its billionaire founder, Richard Branson, followed by Blue Origin and Elon Musk’s SpaceX.

So many are flying that the Federal Aviation Administration announced in December it will no longer designate who is a commercial astronaut or give out wings.