A Northern Virginia substitute teacher was suspended by a public school system for allegedly trying to push Russian propaganda on students.

ARLINGTON, Va. - A Northern Virginia substitute teacher was suspended by a public school system for allegedly trying to push Russian propaganda on students.

The substitute teacher identified as 65-year-old John Stanton allegedly made comments supporting the Russian invasion of Ukraine, Umeh says. After the comments were brought to the attention of Arlington school officials, Stanton was suspended. 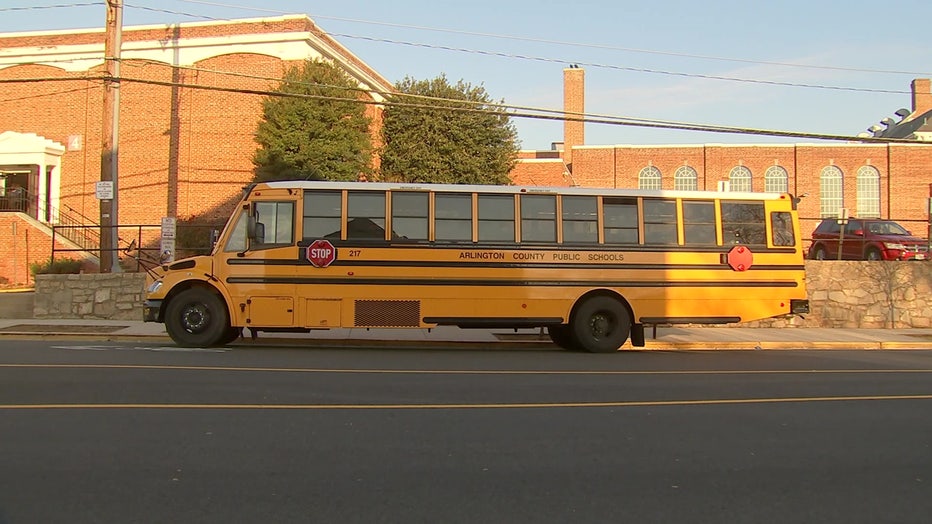 Umeh reports that in a letter to Stanton, school officials wrote in part, "This request is regarding an allegation of comments made to students during instructional hours regarding sensitive world events with Russia and Ukraine."

They continue by saying, "In an effort to provide you the opportunity to discuss the concerns that were presented resulting in your assignment suspension status, please respond within five (5) business days of receipt of this letter that you are requesting a "Petition for Reinstatement".

FOX 5 reached out to Stanton who told us via email that in his lesson, he suggested that he understood Putin's logic for invading Ukraine, because it made sense from a Russian national security point of view.

Stanton told us that he encouraged the students to seek information sources from both the West and East before forming opinions.

Umeh says, in his response to Arlington school officials' letter, Stanton wrote, "It is pointless to petition. We live in a time of war propaganda from both sides which brings with it censorship of opinions deviating from the core message. It is at a fever pitch now. As an expert in information warfare and the author of many pieces on the subject I speak with some authority."

Umeh spoke with Stanton who says he is a journalist and that he was recorded without his knowledge. According to his resume he has worked for such outlets as Pravda, which is the Soviet Union's main propaganda platform and Sputnik news. He's also written and commented on national security and political issues for various news outlets including CNN and ABC, Umeh says.

Stanton says he has no intention of seeking his job back at Swanson Middle School.