Detroit’s Oakfield Street united to remember the precious life of 5-year-old Carlin, who died after Detroit police say he got a hold of an unsecured gun - and shot himself in the face Monday night.

DETROIT (FOX 2) - On Tuesday evening candles were lit, and balloons were sent skyward amid prayers and tears.

Detroit’s Oakfield Street united to remember the precious life of 5-year-old Carlin, who died after Detroit police say he got a hold of an unsecured gun - and shot himself in the face Monday night.

"Oh my God, I was crying earlier today, uncontrollably," said Kimberly Story who tried to save the boy. "It’s just so heart-wrenching. We haven’t had any sleep since yesterday, since last night. Since it happened. But we just wanted to come together and show our support, with the block and the community, and just say farewell to little Carlin McDaniel."

Darrell and Kimberly Story say they rushed the little boy to the hospital after being woken up by the boy's uncle on their front porch, holding the bleeding child and desperate for help.

"It’s not about us taking the baby to the hospital," Darrell said. "It’s not about that. It’s about doing what is the right thing to do. And we are just so appreciative to this community for the people, for the prayers, for the acknowledgment. And I thank God Almighty for giving us the strength. We were sleeping and He said, 'Get up and take that child to emergency.'"

Doctors pronounced the little one dead at the hospital. Detroit police are now seeking charges against the 29-year-old uncle who was allegedly playing video games and drinking on another floor of the home, when the shooting happened, according to police. 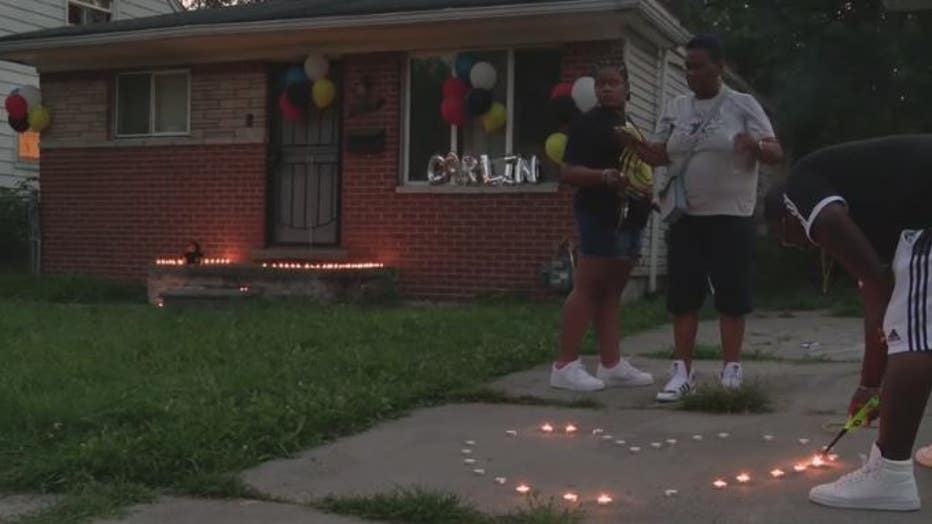 But tonight on Detroit's northwest side, the focus was on Carlin’s memory.

"We want to just celebrate his life," said Darrell. "We want to acknowledge the fact that these travesties in our community are uncalled for, but we’re not going to let this stop us. We’re going to come together."

Detroit police say this year there have been more than 50 shootings involving children in the city so far this year, and 10 that were fatal. DPD offers free gunlocks.

Charges have not been filed against the uncle yet, but they may be in the works as the Wayne County Prosecutor's Office reviews the details of the case and the Detroit police investigation continues.

A gofundme was posted for Carlin here. 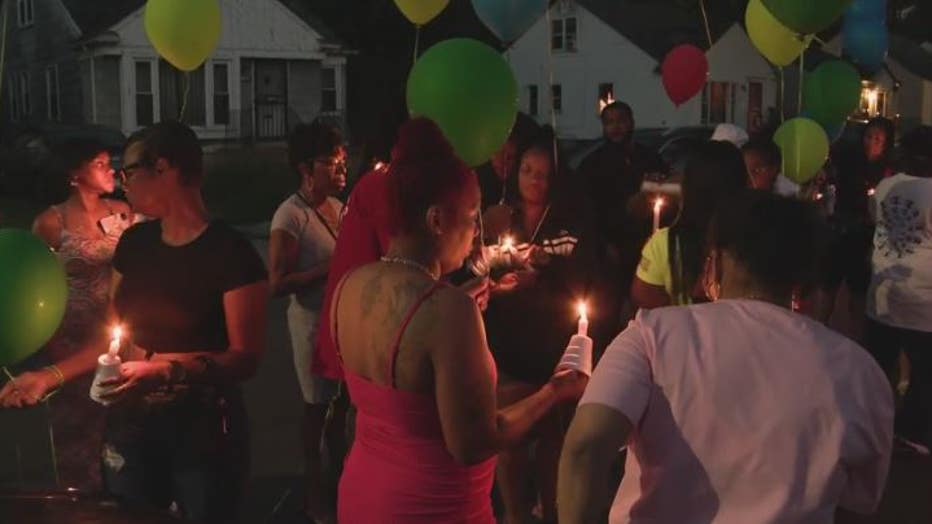