ORLANDO, Fla. (FOX 35 WOFL) - A toddler is recovering after being grazed in the neck and back by bullets over the weekend, in what authorities are calling a drive-by shooting.  Now, video has been released showing a "vehicle of interest" in the incident.

The 2-years-old boy was grazed by gunfire on Saturday, Jan. 26, after a someone fired approximately 30 rounds into a house on 23rd Street.

“All of a sudden, 'Pow, pow, pow, pow, pow!” the boy's mother told FOX 35, as she explained how her husband dove to protect their son.  “He grabs him and throws him and shields him!”

The shots were fired after someone came by her home earlier, demanding to speak with someone named "Jojo."

“I think that God put his daddy over him and protected him, because the bullet went by his daddy's head and cut his daddy's hair. The same bullet could have killed him.”

The family is still shaken, hoping deputies find the person who caused them so much trauma and fear, but grateful that, at the end of the day, they’re alive.

The suspect who came by the home is described as a man about 6 feet tall with dreadlocks and gold teeth. Video of the vehicle of interest is not very clear, but if you know who may have done this, call the Orange County Sheriff’s Office or Crimeline at 800-423-TIPS (8477). 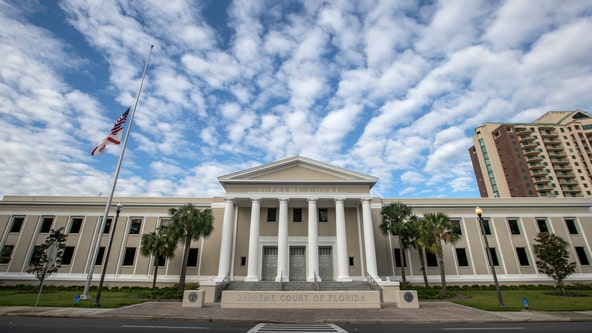