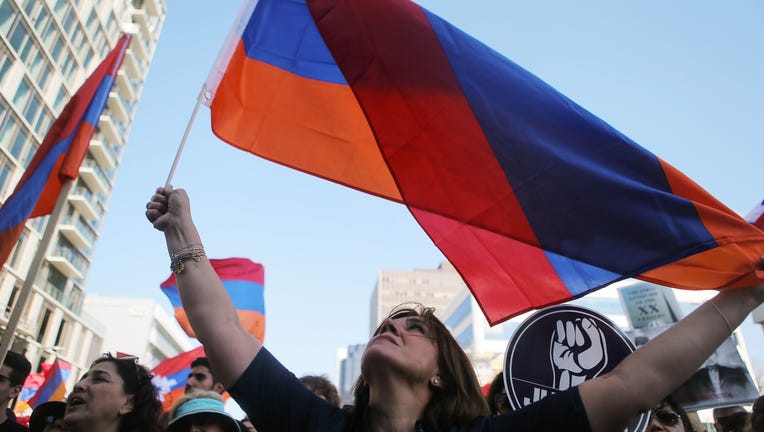 Senate Resolution 150 was introduced by Senators Bob Menendez of New Jersey and Ted Cruz of Texas and it is the first time the Senate has recognized the Armenian Genocide.

“It is fitting and appropriate that the Senate stands on the right side of history in doing so,” Sen. Menendez said while on the Senate floor.

In October the House passed the resolution 405 to 11.

In 1915 1.5 million Armenians were killed by Ottoman Turks in what many scholars say is the 20th century’s first genocide. For decades Turkey has disputed the description, saying the toll has been inflated. With the passage of S. Res. 150 it officially rejects Turkey's denials of genocide against Armenians, Greeks, Assyrians, and several other Christian nations.

In addition to rejecting Turkey’s denial, according to the Armenian National Committee of America the resolution also establishes the US government’s recognition and remembrance of genocide as well as support for education about the Armenian Genocide.

On Twitter Sen. Menendez stated “Today, by passing my #ArmenianGenocide resolution, the Senate finally stood up to confirm history: What happened in Armenia was – most assuredly – genocide.”