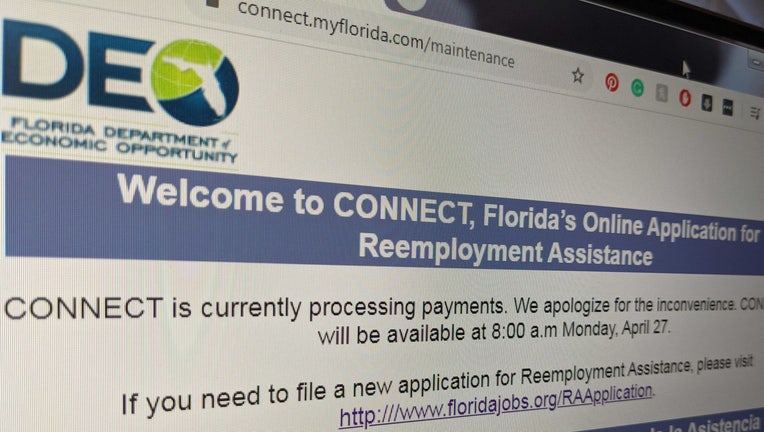 TALLAHASSEE, Fla. - Florida led the nation in a drop in the number of new jobless claims filed last week compared to the previous week, according to federal labor figures released Thursday.

Some 55,106 Floridians filed for unemployment benefits last week, a decline of 23,180 claims from the previous week, the biggest drop of any state.

The new claims were still historically high because of unemployment caused by the new coronavirus. By comparison, at the same time in August 2019, there were 5,978 new jobless claims in Florida.

Nationally, the number of laid-off workers applying for unemployment aid fell below 1 million last week for the first time since the pandemic intensified five months ago. The Labor Department said applications fell to 963,000, the second straight drop, from 1.2 million the previous week.

Meanwhile, in Manatee County on Florida’s Gulf Coast, several employees at a Florida high school are quarantining for 14 days after being exposed to the coronavirus on campus. Using contact tracing, the Manatee County school district and the Florida Department of Health in Manatee County found that “a number of school employees” had direct exposure to the infected person.