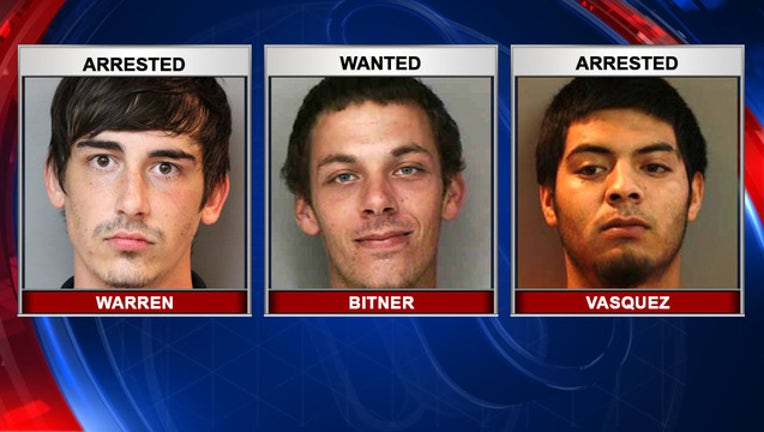 WINTER HAVEN (FOX 13) - Deputies in Polk County say they've arrested two suspects who have been robbing businesses throughout the county, but they're still trying to track down a third.

Investigators say the trio targeted businesses in Haines City, Auburndale, and Lake Alfred, bursting in the door waving handguns, demanding money, and threatening to kill employees if they did not cooperate.

Video from some of the robberies led to a CrimeStoppers tip from the public, which identified one of the suspects as Zachary Bitner of Haines City. Meanwhile, deputies spotted a vehicle matching the getaway truck and arrested the two men inside.

Koree Warren, 19, and Nicolas Vasquez, 18, both face a variety of charges including armed robbery and armed burglary with battery.  Deputies say they are still looking for the 25-year-old Bitner.

Anyone with information is asked to contact Heartland Crime Stoppers at 1-800-226-TIPS.