Trump says he will consider submitting testimony in impeachment probe

President Donald Trump suggested he might be willing to offer written testimony in the House impeachment inquiry over whether he pressured Ukraine’s president to investigate Joe Biden and his son as he withheld aid to the country.

The comment, shared on Twitter, was in response to Democratic House Speaker Nancy Pelosi who invited Trump to do so during an interview on CBS’ "Face the Nation.”

Pushing back against accusations from the Republican president that the process has been stacked against him, Pelosi said the president is welcome to appear or answer questions in writing, if he chooses.

“Even though I did nothing wrong, and don’t like giving credibility to this No Due Process Hoax, I like the idea & will, in order to get Congress focused again, strongly consider it!” Trump wrote in part on Twitter. 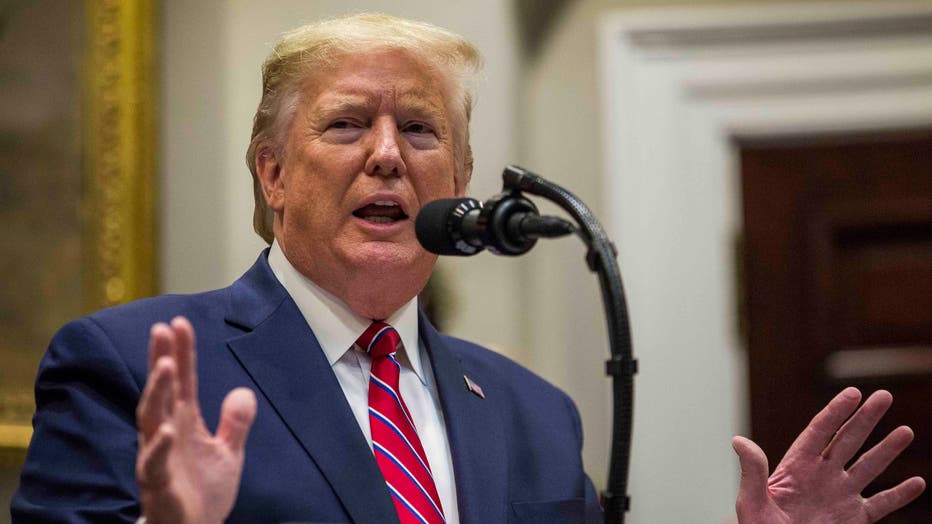 President Donald Trump delivers remarks in the Roosevelt Room at the White House on Nov. 15, 2019 in Washington, D.C. (Photo by Zach Gibson/Getty Images)

The comments come as the House Intelligence Committee prepares for a second week of public hearings as part of its inquiry, including with the man who is arguably the most important witness.

Gordon Sondland, Trump’s ambassador to the European Union, is among the only people interviewed to date who had direct conversations with the president about the situation because the White House has blocked others from cooperating with what it dismisses as a sham investigation. And testimony suggests he was intimately involved in discussions that are at the core of the investigation into whether Trump held up U.S. military aid to Ukraine to try to pressure the country’s president to announce an investigation into Democrats, including former Vice President Joe Biden, a leading 2020 candidate, and Biden’s son Hunter.