Another driver managed to record a fiery crash that left the driver of an 18-wheeler dead in Collin County. The video shows the big rig out of control. It flies over the concrete barrier where it catches on fire and then crashes down onto the street below.

FAIRVIEW, Texas - Emergency crews rushed to the scene of a large crash near the Allen-Fairview border where a big rig fell off of an overpass.

Flames and smoke could be seen near the Allen Premium Outlets just off of northbound lanes of Highway 75 near Stacy Road around 3 p.m. on Tuesday.

Allen police say the big rig collided with another vehicle while heading north on 75, causing the 18-wheeler to fly off the right side of the overpass.

18-wheeler flips over barrier on US-75 overpass in Fairview, driver killed

Allen police say early indications are that the 18-wheeler collided with another vehicle causing it to drive into the right concrete sidewall. The tractor-trailer flipped over the overpass landing on the service road below, bursting into flames.

Cars were seen parked at the stop light along the service road seconds after the tractor trailer flipped off the interstate. The black smoke could be seen for miles.

Skid marks show where the trailer went over the concrete barrier, crashed on the road below and then burst into flames. 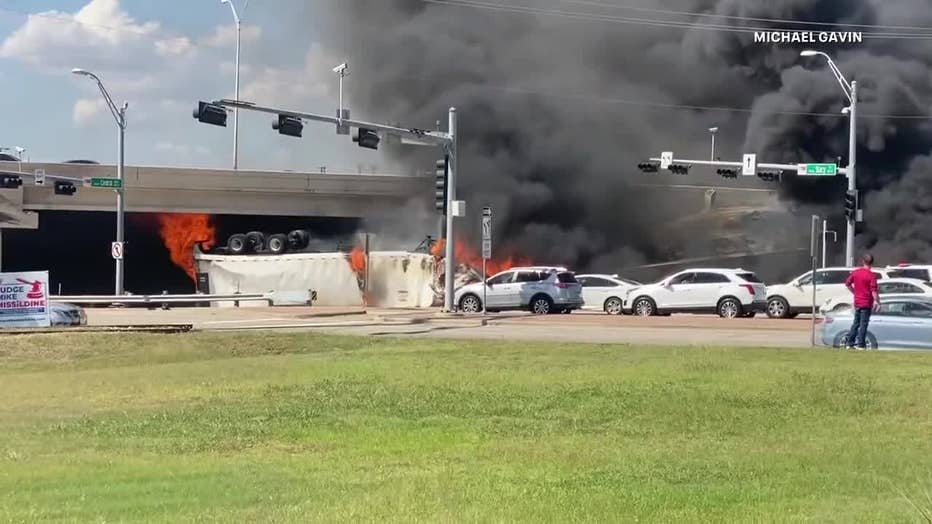 Police say the driver of the big rig died on scene. No one else was injured.

Multiple fire departments responded to extinguish the flames as police shut down Stacey Road. SKY 4 captured images of traffic back up on 75 for miles and an axle in the middle of the interstate.

Robert Kessler of Allen was out shopping. He says when he heard the crash, he rushed over.

"We saw the big ball of flames back behind me," he recalled. "It basically looks like was no cab at all, basically." 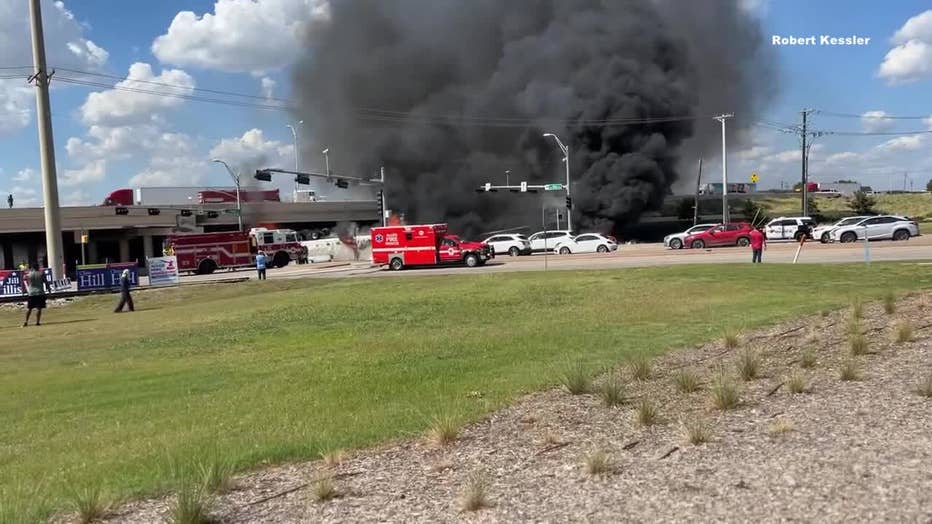 Into Tuesday evening, crews continued clean-up efforts around the charred semi. Inside, it appears it was hauling USPS mail. However, neither police nor USPS have confirmed what was inside.

The Texas Department of Transportation says crews are at the scene investigating the crash.

The Allen Police Department is asking anyone who witnessed the crash or has any information about it to call the Department's traffic unit at 214-509-4288. 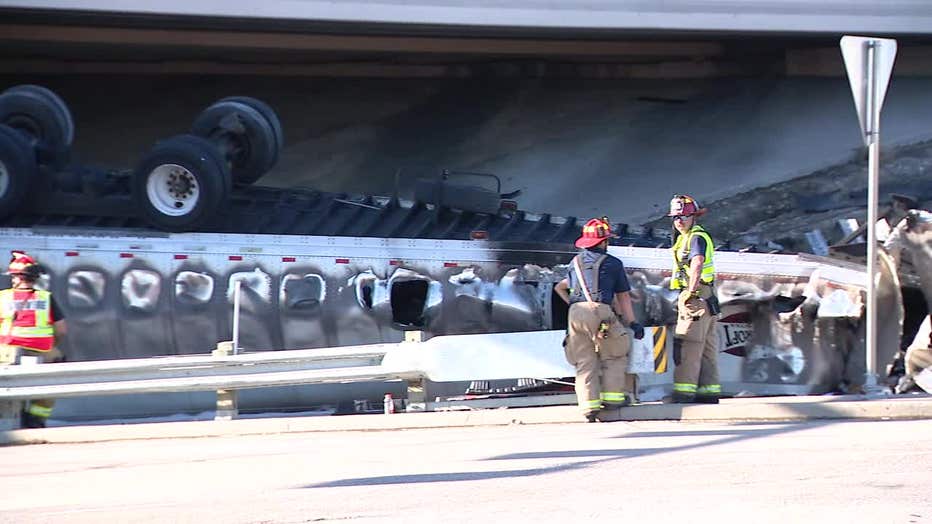 The deceased driver’s identity has not been released yet.

Just last week an 18-wheeler driver was killed after nearly going over the barrier on US-75 at West Bethany Drive. The driver in that case was thrown from the vehicle. The exit is only a few exits south of the location of Tuesday's crash.