ORLANDO, Fla. - After a very foggy start, a weak cold front will move into North Florida this afternoon.

While energy with this system is lacking, there appears to be enough to produce a few stronger storms over North Central Florida after 2 p.m. this afternoon. 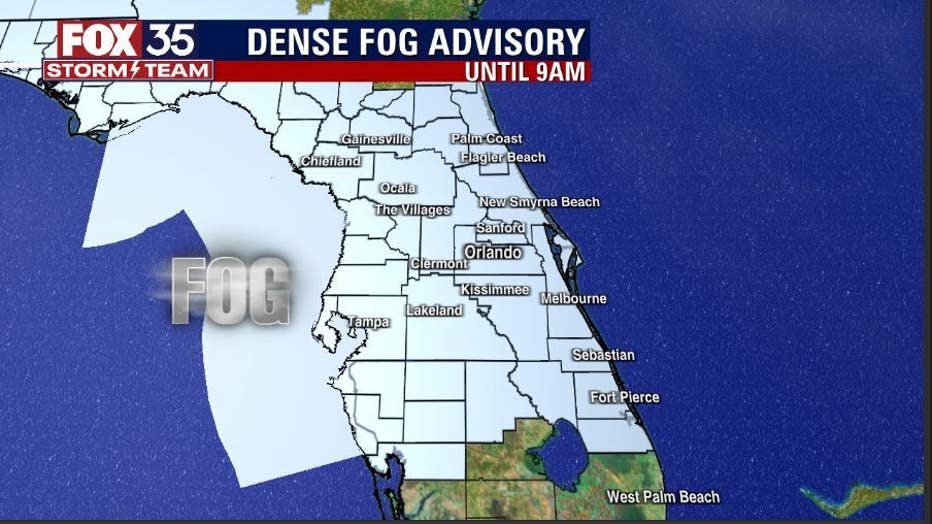 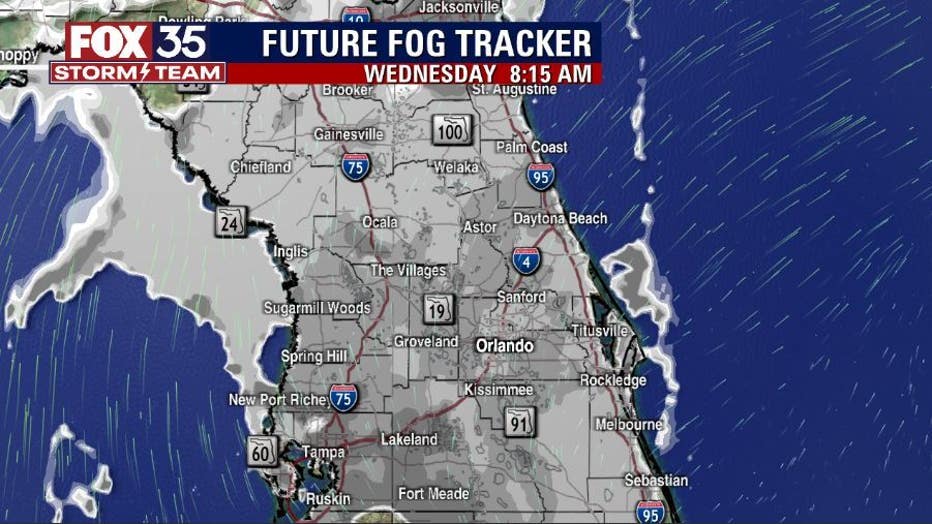 The Storm Prediction Center has outlined that area with a MARGINAL RISK of severe storms during this time. A MARGINAL RISK means that storms could get strong producing isolated damaging wind gusts and potentially a tornado a little closer to the Florida-Georgia border, tornado risk looks quite low. 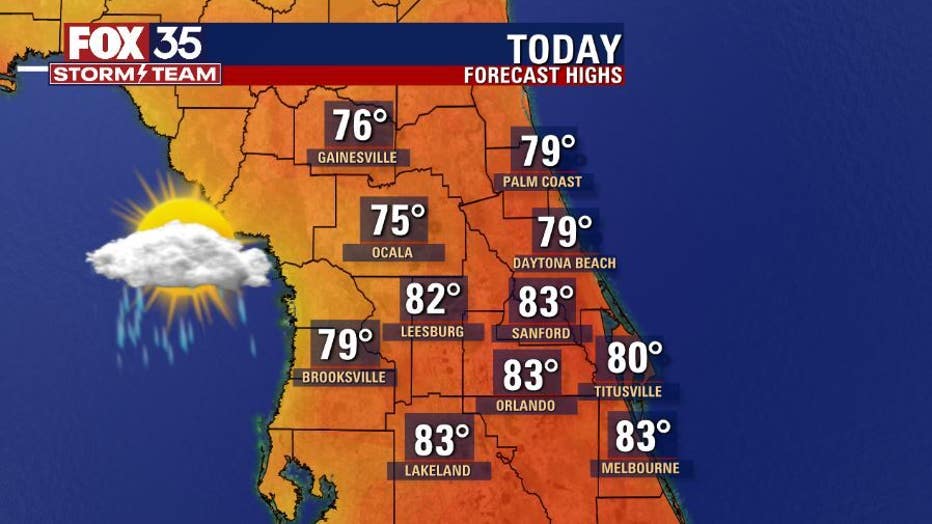 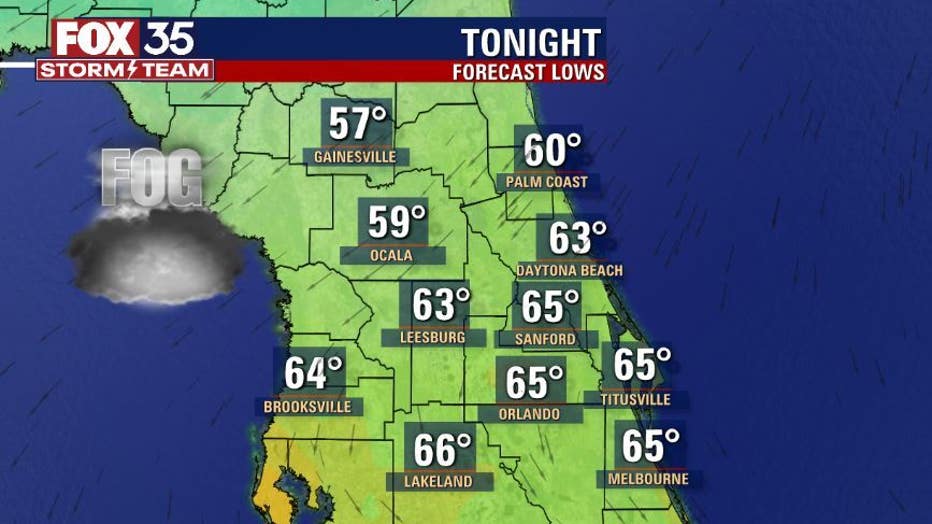 Showers will be possible closer to Orlando Metro after 4 p.m., storms are not expected there. Again, timing for the stronger storms in North Central areas appears to be after 2 p.m. and the FOX 35 STORM TEAM will be watching and tracking! 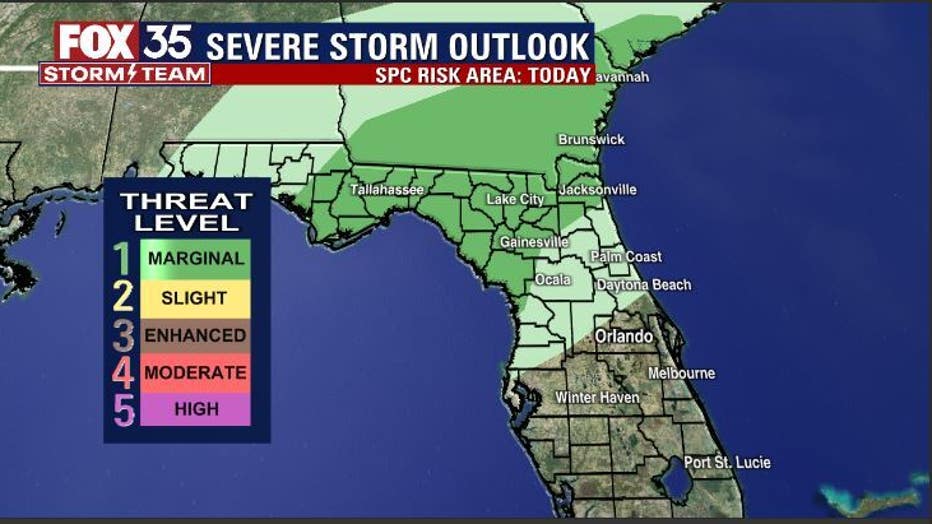 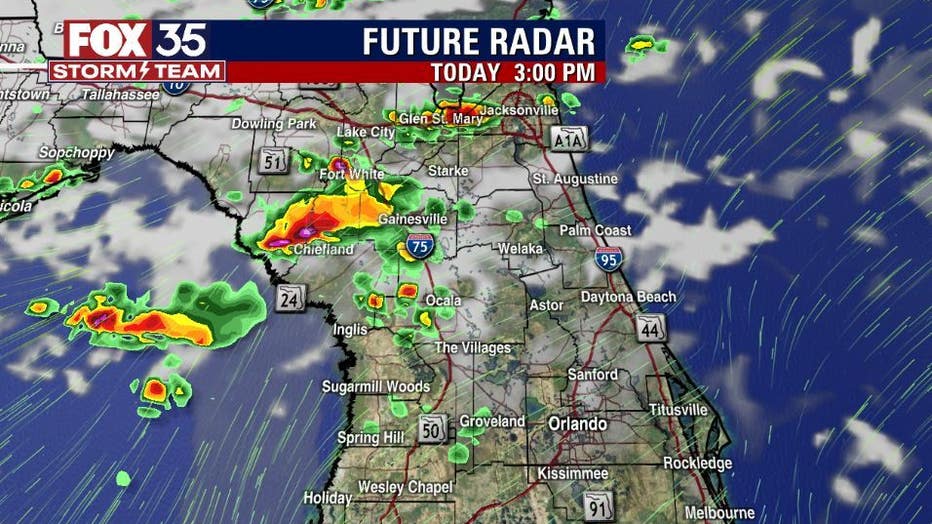 Over the weekend, another front will move through Central Florida. Expect a few showers from this passing system late Saturday into early Sunday morning. Behind the front, temperatures will fall a bit with most areas seeing highs in the 70s, lows retreat into the 50s to start off next week.