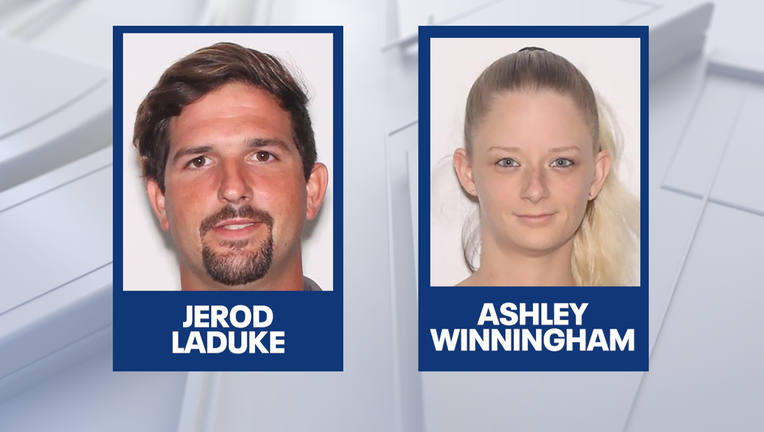 MARION COUNTY, Fla. - Three children who were missing from Marion County in Florida and believed to be endangered have been found safe in Dooly County, Georgia, the Marion County Sheriff's Office said Monday.

All three were in "good health" and in the care of the Florida Department of Children and Families (DCF), the agency said.

Dooly County is about 3 ½ hours from Marion County, according to Google Maps.

Authorities issued an alert for the children, who ranged in age between being a newborn to two years old, after their parents, Jaron Donald LaDuke, 29, and Ashley Sue Winningham, 28, allegedly took the kids to avoid them being placed into custody with DCF, according to Marion County Sheriff's Office.

The Marion County Sheriff's Office is seeking the public's help in finding three children after believing their safety is at risk in the company of their parents.

An AMBER Alert was not issued. Typically, specific requirements need to be met in order for that type of alert to be issued.

It is not clear if LaDuke or Winningham were found with the children or were taken into custody. MCSO said there was not an arrest warrant issued for either of them and deferred additional questions to DCF.

FOX 35 has reached out to DCF for additional information.