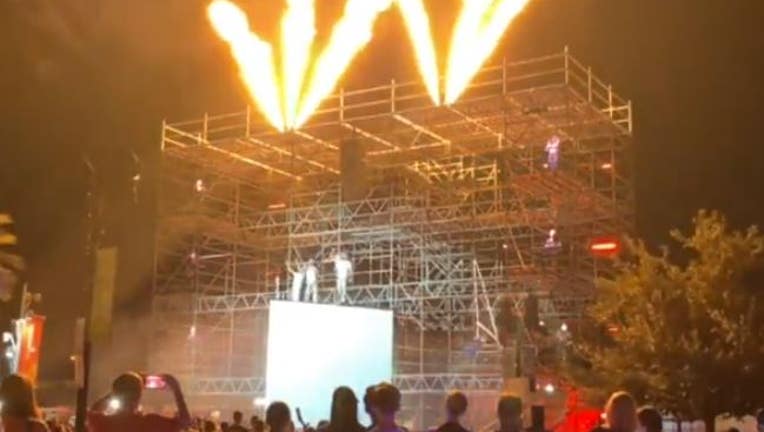 Immerse Orlando is an outdoor event that has 10 city blocks full of performances, art and interactive activities.

The executive director of the Creative City Project, the organization that hosts the event, says the weekend has been exciting for both spectators and artists.

"It just feels life-giving to be back out seeing people, running into friends in the street. It feels great," said Executive Director of the Creative City Project Cole NeSmith.

More than 1,000 artists are featured throughout the weekend event like Malaysia Nguyen who sang at Immerse Orlando. She says she’s happy to be back to doing what she loves.

"The city feels more alive. Everyone’s excited to be here," Nguyen said. "I hadn’t been on stage for two years so it was amazing to be able to come out again."

The steady decline in new COVID-19 cases and the case positivity rate in Florida have many feeling more comfortable attending big events.

Another event Saturday, Vida Orlando, offered music and food across the street from the Amway Center ahead of the sold-out iHeartRadio Fiesta Latina concert.

"We got more concerts coming up, people opening up more so that’s a good thing," said Wilfredo Casado, who was at Vida Orlando.