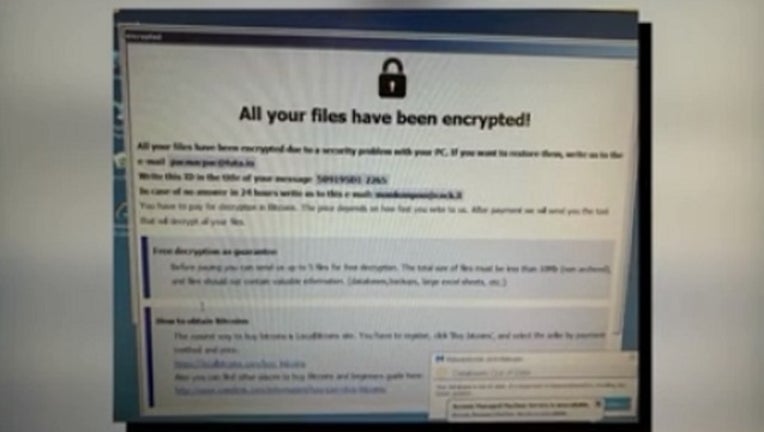 MAITLAND, Fla. (FOX 35 ORLANDO) - When a dire message - "All your files have been encrypted!" - popped up on the screens of computers at the Ohev Shalom Synagogue in Maitland, the staff quickly called its IT company.

"They were out within half an hour, identified that it was ransomware on the server, and began disconnecting everything," said Steven Hornik, Ohev Shalom's congregation president.

Hornik said the virus hit the main computer and spread to others.

He said it was a virus called "Phobos," a new kind of ransomware that locks up your files, holding them hostage until you pay a fee to digitally unlock them.

"The ransom they were asking for was one Bitcoin," Hornik said.

Bitcoin is an online currency that's currently worth around $10,000 apiece.

They're not paying it and instead working with the FBI, who's helping secure their system. In the meantime, their files are still locked.

"Maybe there's nothing that exists today, but in a month, or three, or six, cybersecurity researchers might reverse engineer the ransomware and help us recover the files," Hornik said.

Hornik, who also teaches cybersecurity at UCF, said it was not critical information. No one's personal data was leaked or stolen.

But, he says it was a good warning for people to watch out for things like suspicious emails, which are often how these viruses attack your computer.

"Each email your initial thought is, 'Why am I getting this? Is the legitimate?'" Hornik said. "If you train yourself to think that way it becomes a little easier to identify this stuff."