RBG to lie in state at Supreme Court

SACRAMENTO, Calif. - Kamala Harris is poised to become a leading figure in the Democratic opposition to President Donald Trump’s Supreme Court pick, with her status as both a lawmaker and vice presidential nominee putting her in the center of the fight.

The California senator is in a unique role following the death of Supreme Court Justice Ruth Bader Ginsburg on Friday. She’s Joe Biden’s running mate and a member of the powerful Senate Judiciary Committee, which would hold a hearing on Trump’s nominee.

Since Biden selected Harris as his running mate in August, she has largely pitched the campaign’s message to smaller audiences through virtual fundraisers and a handful of day trips to key states. A highly anticipated confirmation hearing would almost certainly change that, giving Harris a massive platform to demonstrate her political skills and articulate the campaign’s message that Ginsburg’s successor shouldn’t be chosen until after the election.

“Just in the discussion about what should happen, her role on Judiciary I think gives her an elevated profile,” said Sen. Tim Kaine of Virginia, the 2016 Democratic vice presidential nominee. “And people will listen to her a little more intently knowing that she’s a Judiciary Committee member.” 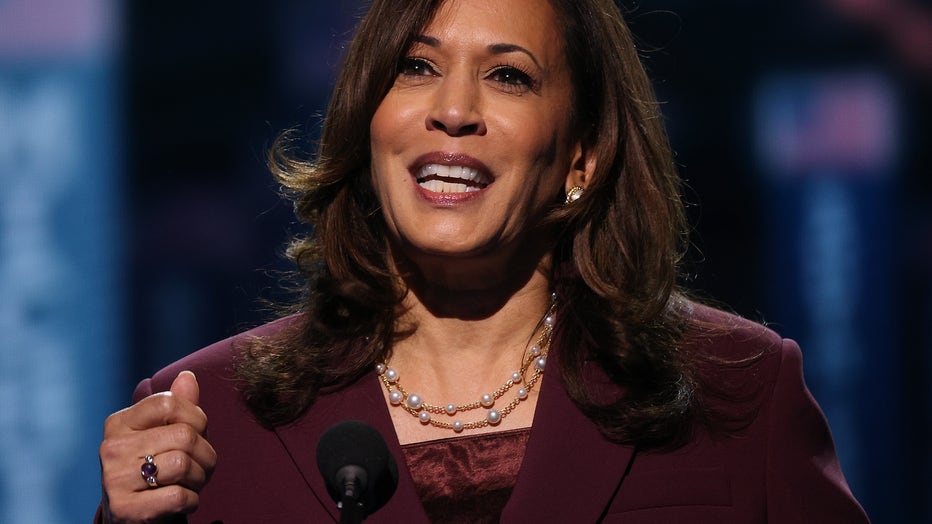 A trained prosecutor, Harris has had breakout moments during previous confirmation hearings. She was widely praised by Democrats for her questioning of Brett Kavanaugh during the last Supreme Court confirmation fight. In a memorable exchange intended to spotlight the stakes of the nomination for abortion rights, she asked Kavanaugh whether he knew of any laws that allowed the government to control men’s bodies. He didn’t.

Trump regularly highlights that hearing in riffs criticizing Harris. The president, who could announce his pick later this week, is likely to keep up the criticism as he seeks to motivate Republican voters, including those beyond his core base, with the specter of winning another court seat.

“Nobody ever suffered like Justice Kavanaugh suffered in the hands and the mouths of those horrible people,” Trump told a North Carolina audience on Saturday, the day after Ginsburg died. “They made him suffer, and the leader of the pack, I would say, was Kamala.”

Biden and Harris are expected to make Americans’ access to health care a central theme of their campaign messaging around the importance of the court seat, with the justices set to hear a case seeking to overturn the Affordable Care Act shortly after the November election. Conservatives would hold a 6-3 majority if Trump is successful in appointing a nominee.

Harris pledged to honor Ginsburg’s wish to not be replaced until a new president is elected, and on Saturday, she tweeted a photo of herself standing outside looking at the court chambers with her husband.

“The stakes of this election couldn’t be higher,” she wrote. “Millions of Americans are counting on us to win and protect the Supreme Court—for their health, for their families, and for their rights.”

Separately, Democrats on the Judiciary Committee said “considering a nominee before the next inauguration would be wholly inappropriate.” Sen. Dianne Feinstein, Harris’ California colleague, is the top Democrat on that committee.

The timing of any Senate hearings could put Harris before a national audience more regularly than she has been since joining the Democratic ticket. She just recently began traveling to swing states to campaign, though the pandemic has drastically altered what such events look like. She does regular digital fundraisers and interviews with local television stations in swing states, but she’s given just one speech aimed at a national audience beyond her convention remarks. Her largest fundraiser was a digital one with Hillary Clinton that drew more than 100,000 people.

A child of immigrants and the first Black woman on a major party’s presidential ticket, Harris can speak more personally than Biden, who is 77 years old and white, to some of the most polarizing issues the court has decided in recent years. Voting rights are a key piece of her campaign messaging. She’s been a staunch defender of the rights of young immigrants to stay in the country even if they were brought illegally as children, for same-sex marriage and for abortion rights.

The potential to overturn the 1973 decision of Roe v. Wade that protects a woman’s right to an abortion has long been a priority for Republican voters. Democrats hope keeping the law may be an equally motivating factor for their voters, particularly young people.

“I have a lot of confidence in this moment that Senator Harris really understands that, that she’s going to fight like hell to prevent the seat from being filled,” said Alexis McGill Johnson, the president of Planned Parenthood.

Harris’ gift is in her ability to ask questions that make “a point that is powerful to the general public,” said Nathan Barankin, a longtime aide who was her chief of staff during the Kavanaugh hearings. Beyond her questioning of Kavanaugh, he pointed to her 2017 questioning of then-Sen. Jeff Sessions as Trump’s first attorney general. When Harris pressed Sessions on whether he spoke with any Russian nationals during the 2016 campaign, he said her rapid questioning “makes me nervous.”

“Every member of the Senate is conscious of the fact that Kamala Harris, when she has an opportunity to question witnesses, will elicit new and different information,” Barankin added.

It’s not yet clear if Senate Majority Leader Mitch McConnell will try to begin proceedings before the Nov. 3 election or, if Trump loses, try to rush a nominee through before Biden’s inauguration in January.

In 2016, McConnell scheduled minimal Senate work leading up to Election Day, leaving Kaine, a Virginia senator, with few conflicts between his official and campaign duties. It’s unclear whether pandemic-induced digital campaigning is as effective as in-person, Kaine said, but it could give Harris an opportunity to keep hitting key events even if she’s stuck in Washington for hearings.

“That would give her the flexibility to be able to be in D.C., maybe a little bit more than during a traditional presidential campaign closing stretch,” he said.