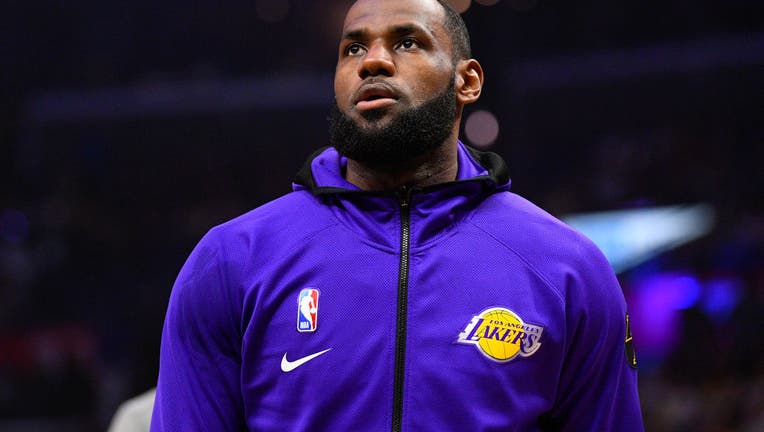 ATLANTA - Basketball superstar LeBron James is speaking up after seeing long lines and delays as Georgians attempt to vote in the state's political primary.

Voters have waited as long as five hours to cast ballots in some Georgia precincts on Tuesday, with reports of voting machine malfunctions and high turnout in a state is expected to be hotly contested in the fall.

Sharing a tweet that alleged predominantly white polling sites in the Atlanta suburbs had shorter lines, the forward for the Lakers shared his opinion about the lines.

"Everyone talking about 'how do we fix this?' They say 'go out and vote?' What about asking if how we vote is also structurally racist?" James said.

The state’s chief elections officer, Republican Secretary of State Brad Raffensperger, announced plans to investigate voting problems that plagued Fulton and Dekalb counties, where roughly half the population is black.

Even before Georgia voters ran into problems Tuesday, Raffensperger warned that results may be slow to come in as poll closures and virus restrictions complicate in-person voting and counties process a huge increase in ballots received by mail.

Widespread problems included trouble with Georgia’s new voting system that combines touchscreens with scanned paper ballots in races for president, U.S. Senate and dozens of other contests. Some voters said they joined the lines after requesting mail-in ballots that never arrived. One state lawmaker, Democratic Rep. William Boddie of Atlanta, said there was a “complete meltdown.”

Gabriel Sterling, who managed the rollout of Georgia’s new $120 million voting system, said he had heard of no “actual equipment issues” but rather of delayed deliveries of voting equipment and problems with polls workers “not understanding setup or how to operate voting equipment.”

James used his voice often on social matters, speaking out after the killing of unarmed Florida teenager Trayvon Martin and campaigning for Hillary Clinton. He supported Colin Kaepernick’s methods of protesting police brutality and racial injustice, recently pushing back on comments that Quarterback Drew Brees made over players kneeling during the national anthem.

James was also he was criticized by many — including top U.S. lawmakers — for his remarks after Houston general manager Daryl Morey sparked a massive rift between the NBA and China by sending out a tweet supporting pro-democracy protests in Hong Kong.