President Donald Trump is expected to announce as early as Thursday that the RNC will relocate outside of Charlotte. Right now, Jacksonville is a leading contender.

TALLAHASSEE, Fla. - Florida Republicans believe they can hold a “safe, secure & successful” Republican National Convention, following a report in The Washington Post that Jacksonville is the front-runner to host the event.

“While no final decision has been made by the RNC we understand Jacksonville is a front runner. This certainly has been generating a lot of attention and excitement. We continue to believe that Florida would be the best place for the Convention,” Republican Party of Florida Chairman Joe Gruters, a state senator from Sarasota, said in a tweet from the state party on Wednesday.

“Florida is open for business and ready to roll out the red carpet. If selected, our goal would be to host a safe, secure & successful event.  Florida has a lot to offer & also happens to be the home of @realDonaldTrump and America’s best Governor, @GovRonDeSantis,” Gruters continued.

Republicans had planned to hold the August event in Charlotte, N.C., but President Donald Trump has called for moving it because North Carolina Gov. Roy Cooper wouldn’t give assurances that coronavirus physical-distancing rules will be lifted by the time of the convention. 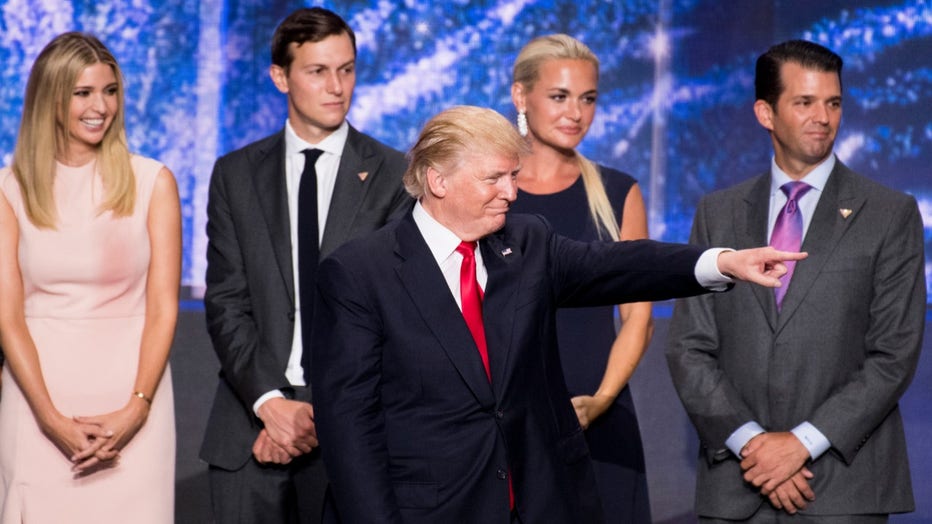 GOP nominee Donald Trump, points to the crowd after accepting the GOP nomination to be President at the 2016 Republican National Convention in Cleveland, Ohio on Thursday July 21, 2016. Behind Trump from left are daughter Ivanka Trump, her husband Ja

The Washington Post reported Tuesday that Jacksonville was the tentative front-runner to play host, and other national media outlets followed with similar reports on Wednesday. Other cities listed as potential landing spots include Orlando, Nashville, Dallas and Savannah, Ga.

Some national party meetings planned for the convention may still be held in Charlotte. Questions linger about whether Jacksonville has sufficient hotel space to handle the tens of thousands of people who would converge on the city.