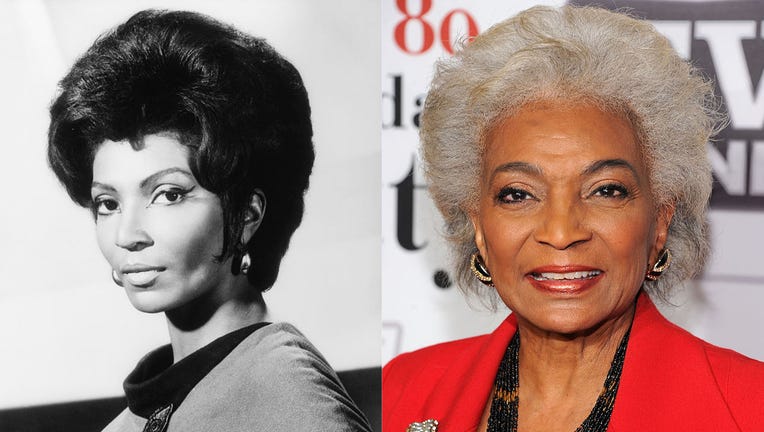 Late "Star Trek" actress Nichelle Nichols’ ashes will boldly go where few have gone before when they are launched into space aboard a historic Enterprise Flight later this year.

Nichols, who was known for playing the iconic Lieutenant Nyota Uhura on all three seasons of the original show from 1966-1969, died on July 31. She was 89.

Launching later this year on board United Launch Alliance’s aptly named Vulcan rocket, Nichols will live long and prosper among the stars through Celestis Inc., the leader in memorial spaceflights.

Nichols' remains will be joining late "Star Trek" creator Gene Roddenberry, who died in 1991, and his deceased wife and "First Lady of ‘Star Trek’" Majel Barrett Roddenberry, who passed in 2008.

The cremated remains of late "Star Trek" actor James Doohan, who played Montgomery "Scotty" Scott and died in 2005, and visual effects pioneer Douglas Trumbull, who died in February, will also be included in the mission to mark the unique "Star Trek" reunion flight.

"We are truly honored to add a legendary actress, activist, and educator to the Enterprise Flight manifest," Charles M. Chafer, co-founder and CEO of Celestis Inc., said in a release.

"Now our Enterprise Flight will have on board the person who most completely embodied the vision of Star Trek as a diverse, inclusive, and exploring universe." 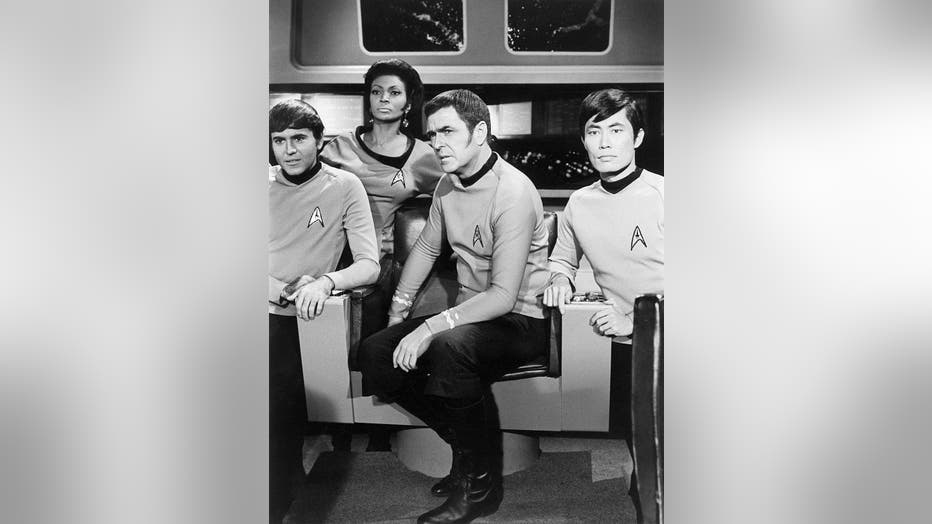 Circa 1969 - Aboard the main deck of the USS Enterprise are (left to right): Chekov (Walter Koenig), Uhura (Nichelle Nichols), Scotty (James Doohan), and Sulu (George Takei).

The flight is scheduled to travel between 150-300 million kilometers into deep space and beyond the Earth-Moon system.

On the mission, Nichols will also be joined by her son, Kyle Johnson, who will submit his DNA to allow him to take this journey with his mother.

"My only regret is that I cannot share this eternal tribute standing beside my mother at the launch," Johnson said.

"I know she would be profoundly honored for this unique experience and enthusiastically encourage all of her fans to join us vicariously by contributing your thoughts, affections, memories, NN inspired successes, dreams, and aspirations via email to be launched with her on this flight! WOW!" Johnson said in a statement.

5 AFRICAN-AMERICAN GROUNDBREAKERS IN THE US SPACE PROGRAM

Fans are encouraged to submit their names and tributes to Nichols as part of a worldwide public memorial page at enterprise-flight.com, which can then be digitized and launched with her on the journey.

Nichols broke barriers for Black women in Hollywood and was an advocate for space flight programs as NASA’s recruiter-in-chief.

"Nichelle Nichols was a trailblazing actress, advocate, and dear friend to NASA. At a time when black women were seldom seen on screen, Nichelle’s portrayal as Nyota Uhura on Star Trek held a mirror up to America that strengthened civil rights. Nichelle’s advocacy transcended television and transformed NASA," NASA Administrator Bill Nelson said in a release.

"After Apollo 11, Nichelle made it her mission to inspire women and people of color to join this agency, change the face of STEM and explore the cosmos. Nichelle’s mission is NASA’s mission. Today, as we work to send the first woman and first person of color to the Moon under Artemis, NASA is guided by the legacy of Nichelle Nichols." 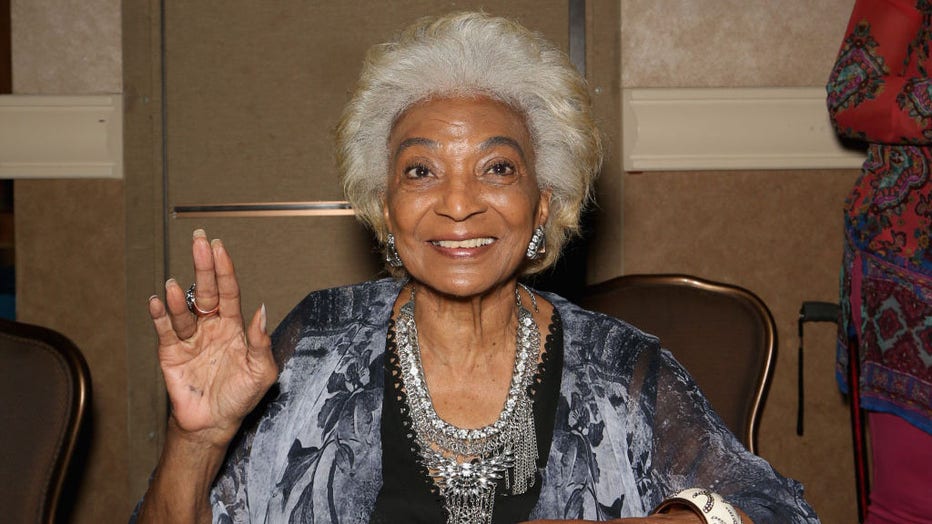 President Joe Biden released a statement shortly after her death last month, praising the actress for shattering stereotypes during a pivotal time in the Civil Rights movement.

"In Nichelle Nichols, our nation has lost a trailblazer of stage and screen who redefined what is possible for Black Americans and women," he said.

He said she was from a "working-class family from Illinois" and that she honed her skills as an actor and singer in Chicago before she toured the country with Duke Ellington and gave "life to the words of James Baldwin."

"During the height of the Civil Rights Movement, she shattered stereotypes to become the first Black woman to act in a major role on a primetime television show with her groundbreaking portrayal of Lt. Uhura in the original Star Trek," Biden said. "With a defining dignity and authority, she helped tell a central story that reimagined scientific pursuits and discoveries. And she continued this legacy by going on to work with NASA to empower generations of Americans from every background to reach for the stars and beyond."

Biden continued: "Our nation is forever indebted to inspiring artists like Nichelle Nichols, who show us a future where unity, dignity, and respect are cornerstones of every society."

She earned accolades for breaking stereotypes for Black actresses, with the Rev. Martin Luther King Jr. personally encouraging her to stay with the TV series when she expressed doubts about continuing working on the program. She met him at a civil rights gathering in 1967, at a point when she had decided not to return for the show's second season.

"He said, 'You cannot do that,'" Nichols recalled. "You've changed the face of television forever, and therefore, you've changed the minds of people," she said the civil rights leader told her during a meeting.

During the third season of "Star Trek," Nichols and another series star, William Shatner, who played Captain James T. Kirk, made TV history when they shared an interracial kiss.