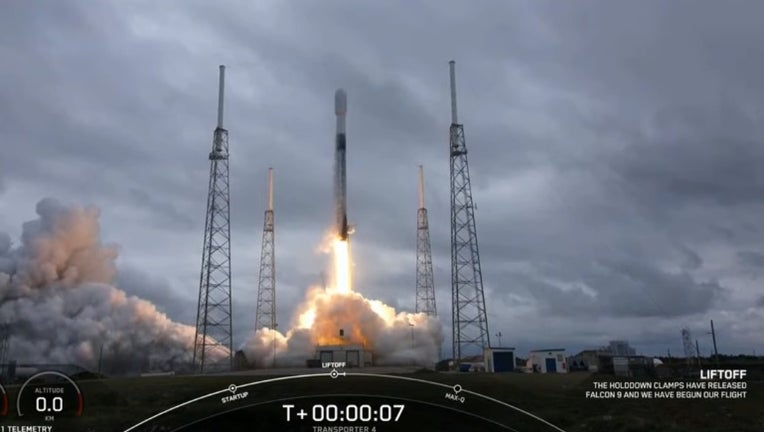 LAKE MARY, Fla. - The weather behaved just in time for SpaceX to launch the Transporter-4 mission to a sun-synchronous orbit on Friday.

The Falcon 9 rocket lifted off into the cloudy sky at 12:24 p.m. ET from Space Launch Complex 40 (SLC-40) at Cape Canaveral Space Force Station in Florida.

"On this flight are 40 spacecraft, including CubeSats, microsats, picosats, non-deploying hosted payloads, and an orbital transfer vehicle carrying spacecraft to be deployed at a later time," SpaceX says.

On Thursday, weather was only 30% favorable for liftoff conditions. However, on Friday afternoon it improved to 60% for a successful liftoff.