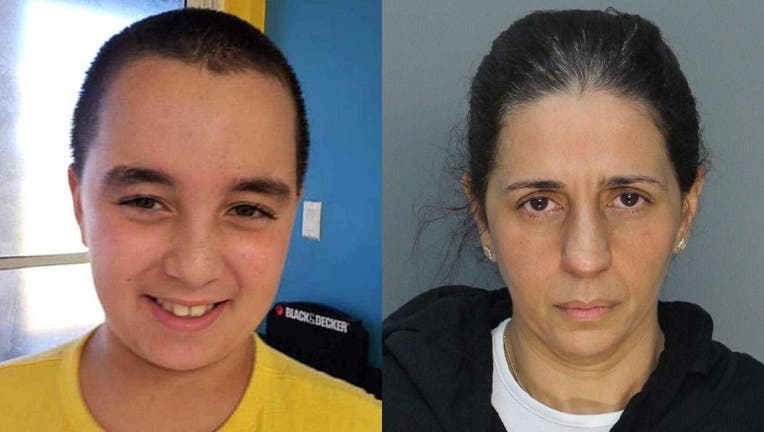 MIAMI, Fla. - A grand jury has indicted a Florida woman for first-degree murder in the drowning death of her 9-year-old son with autism, and prosecutors said they will pursue the death penalty.

Patricia Ripley is accused of the May 21 death of Alejandro Ripley, and a host of other crimes. She remains in jail while awaiting trial, the Miami Herald reported.

Her son suffered from severe autism and could not speak. His mother initially called 911 and said two Black men took her son after running her off a road south of Miami and took the boy, police said. An Amber Alert was issued for the boy.

The child’s body was found the next day in a canal a few miles from the area she said the abduction took place.

Investigators were initially suspicious of Ripley’s changing accounts of what happened. They learned that earlier in the evening, Ripley was caught on surveillance cameras pushing the boy into a canal. A bystander rescued the boy from the water.

Police said the mother pushed the child into the water about an hour later and he drowned.

When police confronted Ripley, she admitted making up the kidnapping story. She also admitted leading the child to the canal where he died and said “he’s going to be in a better place,” a police report said.

Ripley was not at Thursday’s hearing. And because she now faces capital punishment, she must be told that her lawyers must be certified to handle death-penalty cases, the Herald reported.

“We would need to have Miss Ripley here,” prosecutor Gail Levine told the court.

Another hearing was set for next week.

Her defense lawyer, Suzy Ribero-Ayala, said she has not been able to have face-to-face meetings with her client because jail visits are still suspended because of the threat of the coronavirus. She has talked to her via virtual meetings.