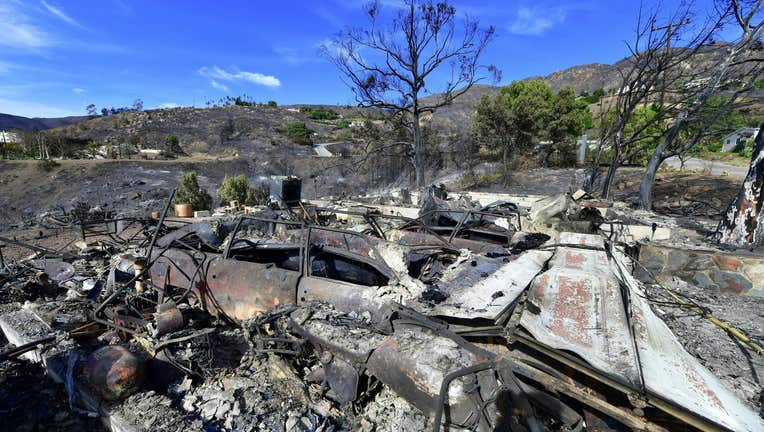 A collapsed garage door is recognizable amid the rubble of a house off Encinal Canyon Road destroyed by the Woolsey Fire in Malibu, California on November 15, 2018. - Parts of the area remain under evacuation one week after the Woolsey Fire started.

LOS ANGELES (AP) - A Southern California utility has agreed to pay $360 million to settle lawsuits brought by local governments over deadly wildfires sparked by its equipment in the last two years, including one blamed for a mudslide that killed more than 20 people.

Attorneys for counties, cities and public agencies said Wednesday that Southern California Edison agreed to repay taxpayers for firefighting and damage caused by the Thomas Fire in 2017 and the Woolsey Fire last year.

The settlement does not include private lawsuits for deaths and destruction in Santa Barbara, Ventura and Los Angeles counties.

The wildfires and mudslide that occurred during a deluge on a fire-scarred mountain destroyed close to 3,000 homes. The mudslide killed 21, and two people remain missing. Five people died in the two wildfires.