Volusia County Sheriff Mike Chitwood gives an update on the deputy injured in a crash in Deltona on Wednesday.

VOLUSIA COUNTY, Fla. - A Volusia County motorcycle deputy has been injured following a crash with another vehicle on Wednesday morning. 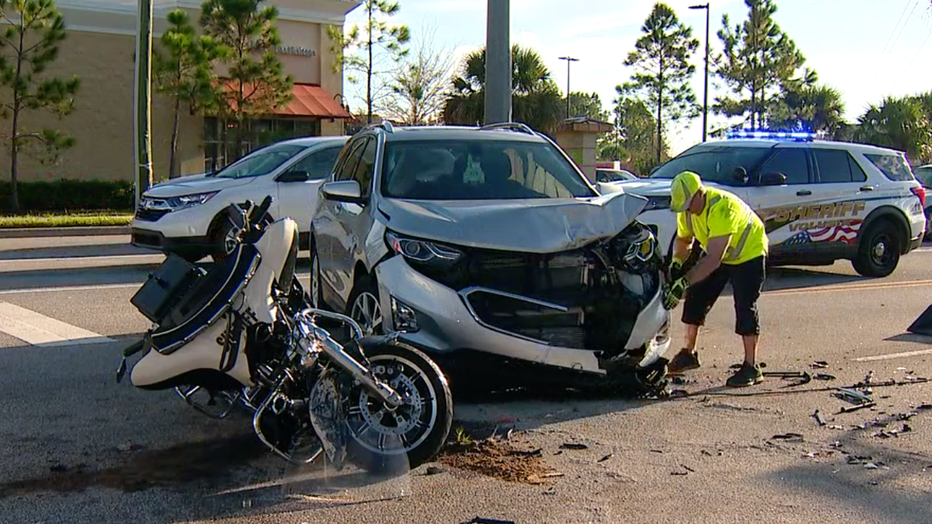 The Florida Highway Patrol says the crash happened on Saxon Blvd. and Merrimac Lane in Deltona just after 7 a.m.

The deputy was transported to Central Florida Regional as a trauma alert, FHP said.

Sheriff Mike Chitwood said the deputy was on his way to his post when a 92-year-old driver made a left-hand turn in front of the deputy and the two hit head-on.

Chitwood says the deputy was ejected from his bike and landed on his head. Despite being in a lot of pain, Chitwood says he's alive and will be able to resume his career.

Sheriff Chitwood spoke with FOX 35 News and said the deputy suffered broken ribs, a bruised lung and does not remember what happened. He says the deputy's helmet may have saved his life.

The deputy has been with the department since 2017 and just became a part of the Deltona traffic unit.

Chitwood says an off-duty Deltona firefighter jumped in to render aid to the injured deputy.