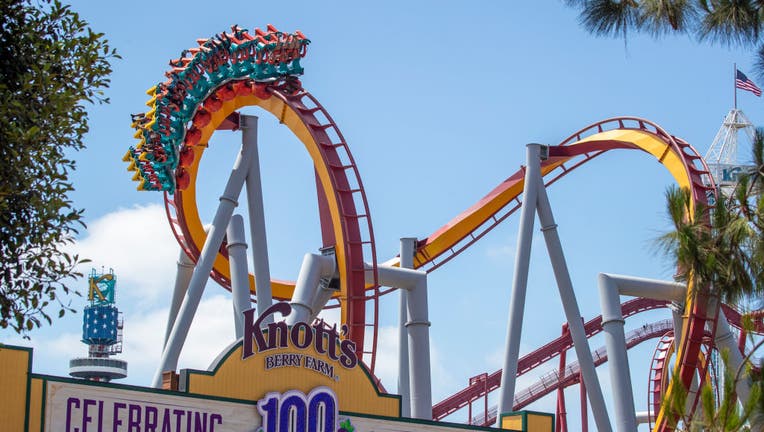 Buena Park, CA - May 29: A view of the entrance as park-goers ride the Silver Bullet roller coaster during the re-opening day at Knott's Berry Farm to the full public and celebrate the 100th anniversary of the park after the easing of coronavirus pan

"In response to inquiries from various stakeholders, we confirm that our offer to acquire Cedar Fair was rejected. Unfortunately, we do not see a path to a transaction," SeaWorld said in a statement.

Bloomberg was the first to report the news earlier this month, saying that SeaWorld made a bid of around $60 per share, citing people familiar with the matter.

The company, which has been recovering from coronavirus pandemic-induced theme park closures, recently reported a total net income of $148 million for the third quarter of 2021, compared to $190 million during the same period in 2019, and record third-quarter net revenue of $753 million. Third-quarter attendance levels at its parks reached approximately 82% of 2019 levels during the same period.

SeaWorld, based in Orlando, operates a dozen SeaWorld, Busch Gardens, and Sesame Place parks, primarily in the southern U.S.

Some information taken from FoxBusiness.com.