SEATTLE - Seattle Police released dashcam and bodycam video of a man with a burning piece of lumber attacking an officer.

Authorities said on Thursday a man charged a police officer’s cruiser with a torch near Dexter Ave. and John Street in Seattle.

Video released Friday shows multiple angles as the suspect, a 37-year-old Brian Joseph Leil, charges the police car. Flames are seen inside the car as Leil runs away. The officer opened fire, but Leil was not hit. 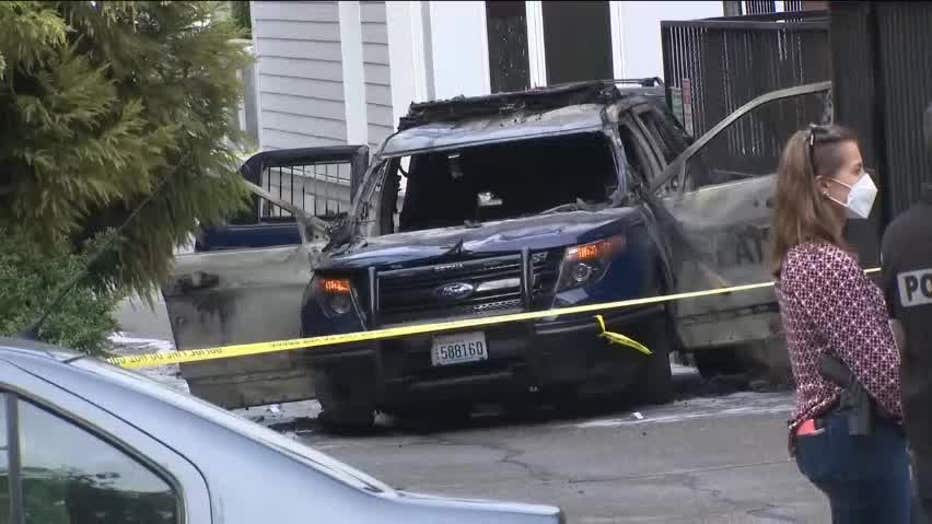 The officer was taken to Harborview Medical Center for treatment for non-life-threatening burns.

The one-year veteran of the Seattle Police Department was placed on administrative leave which is standard policy.

Prosecutors on Friday charged Leil with first and second-degree assault. He's being held in lieu of $500,000 bail.

Leil's next court appearance is scheduled for Oct. 29.

Seattle Police released dashcam and bodycam video of a man with a burning piece of lumber attacking an officer. Graphic content WARNING.