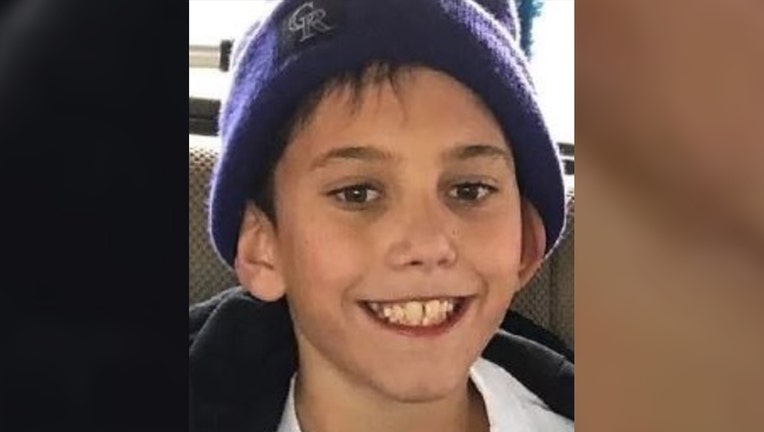 EL PASO COUNTY, Colo. - El Paso County Sheriff’s Office is asking for the public's help finding an 11-year-old boy who has been missing since Jan. 27.

Gannon Stauch was last seen at his home on Monday. According to the Colorado Springs Gazette, his stepmother was the last one to see him.

"Authorities said Gannon left to walk to a friend's house in their southeastern Colorado Springs neighborhood of Lorson Ranch near Fountain," the Gazette said.

Gannon has not been seen since.

Hundreds of volunteers have been searching nearby fields and neighborhoods looking for Gannon. The Facebook page, Find Gannon Stauch, was started during the search.

He is described as 4-foot 9-inches tall and weighing 90 pounds. Gannon was last seen wearing a blue jacket, blue jeans and tennis shoes.