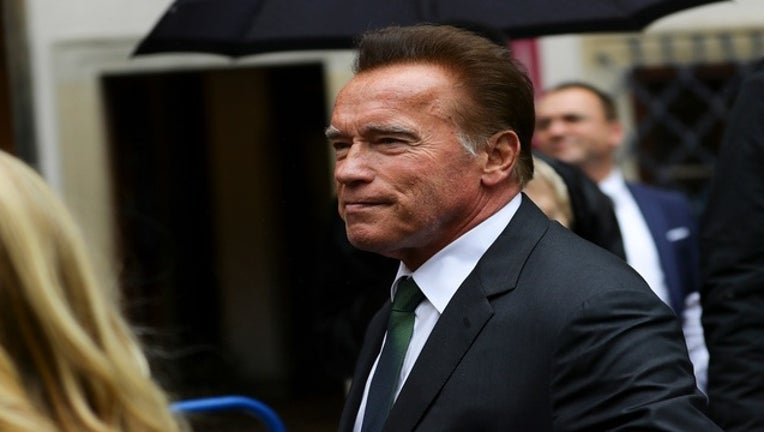 FOX NEWS - Arnold Schwarzenegger took a jab at President Trump after he declared the "Terminator" actor's ratings during his "Apprentice" host run had "died."

The comment came during a social media summit at the White House on Thursday, as the president was talking about the final season of "Celebrity Apprentice" in which Schwarzenegger took over for him as the host.

"Arnold Schwarzenegger … You know what? He died … I was there," Trump told the press, according to Yahoo News White House correspondent Hunter Walker.

In a later tweet, Walker clarified that "the president was talking about Apprentice ratings when he quipped that Schwarzenegger ‘died.' Real life and death stuff."

Schwarzenegger, who is 71 and still very much alive, spotted the tweets and responded by writing, "I'm still here. Want to compare tax returns, @realDonaldTrump ?"

The actor's comments are the latest in a longstanding feud between the two men, with Trump routinely bringing up Schwarzenegger's failed season of "Celebrity Apprentice." Schwarzenegger previously mocked the president's physique and called him "meshugge" in reference to the POTUS' decision to walk away from an international accord to curb global warming.

Speaking to Empire Magazine in 2017, the actor blamed Trump's involvement with the show for its low ratings.

"I loved every second of working with NBC and Mark Burnett. Everyone – from the celebrities to the crew to the marketing department – was a straight 10, and I would absolutely work with all of them again on a show that doesn't have this baggage," he said (via Variety).

He continued: "With Trump being involved in the show people have a bad taste and don't want to participate as a spectator or as a sponsor or in any other way support the show. It's a very divisive period now and I think this show got caught up in all that division."